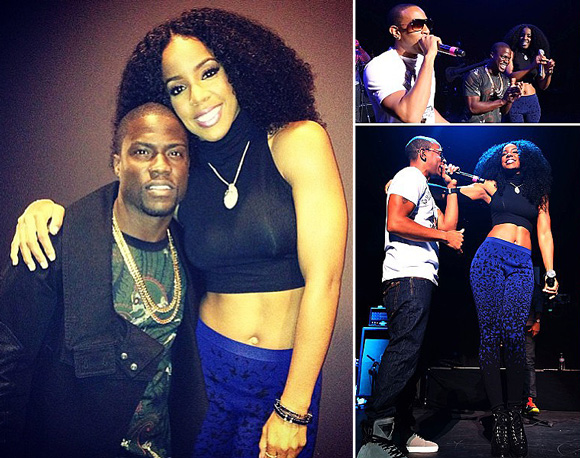 Kelly Rowland plans on making 2013 the Year of the Woman, but before re-motivating sweaty clubs all over America, the former Child of Destiny took her live show to Las Vegas’ Palms Casino Resort. Feather confetti and glow sticks were plentiful during her performance of “When Love Takes Over.”

“When Love Takes Over” (Palms)