Skip to main content
Labels
Posted by Posh The Socialite May 11, 2013 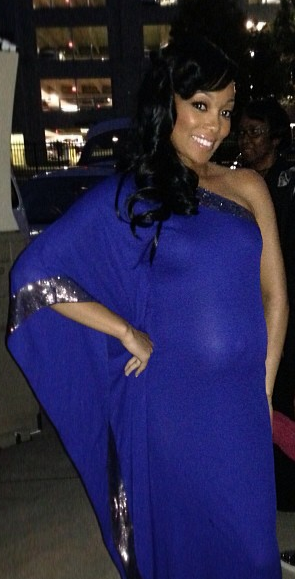 Well our speculation was on point!  As we suspected and posted about back in March, today R&amp;B singer and reality tv star Monica Brown announced via her Instagram account that she is pregnant! The singer was on her way to perform in Chattanooga, Tennessee.

She posted a double image photo above to her over 650K IG followers and received 42,000 IG loves. The news double posted to her 1.7 Million Twitter Followers as well.

Real Housewives of Atlanta's Kim Zolciak and Destiny Child's Michelle Williams were among celebrities responding  congrats to the tweet.


Monica is already mom to sons Romelo (Rocko), 5,  and Rodney III, 7, from a previous relationship with rapper Rodney Hill  that ended in 2009. She met Brown in June 2010 and the two secretly wed in November 2010 after a short courtship.

“My husband wants them now," she said last April 2012. "So, we’re working on it. Shannon definitely wants more children and so do the kids. We’re looking forward to having another child really soon.”

Well this also explains why most of her photos shared on IG have been of her face only. Recall, this week rapper Kreayshawn's pregnancy announcement included mentions of fans referencing the fact that her recent photos have been just of her head. 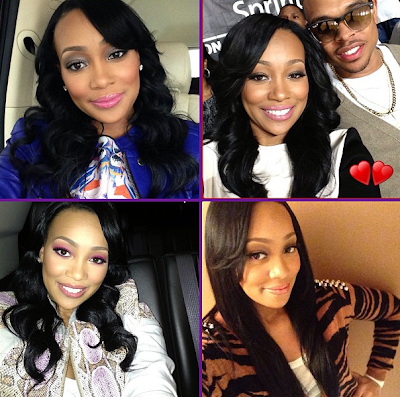 In the world of Instagram and when you have celebrities that constantly post photos of themselves, that will be the new way that pregnancy speculators will have to tell when someone is indeed hiding a pregnancy.
Email Post
Labels: Celebrities celebrity pregnancies Monica Monica Brown pregnant celebrities Shannon Brown