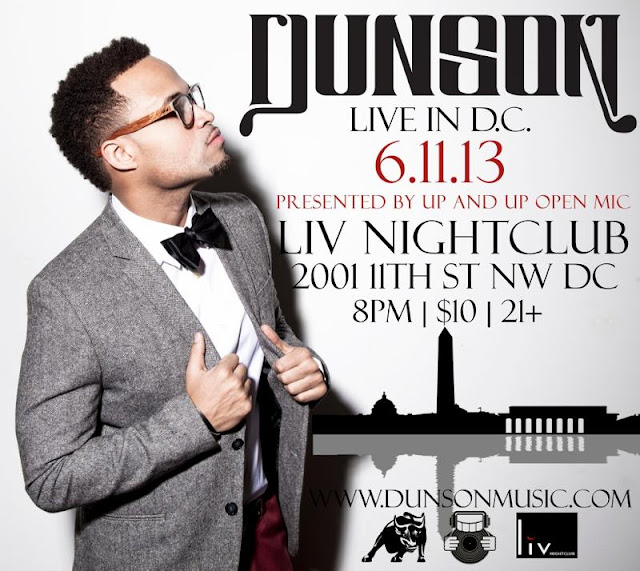 On Tuesday, June 11th, Hip Hop artist Dunson will be the featured artist at one of the longest running open mics in the Nation's Capitol, the Up And Up Open Mic. This will also serve as a celebration for Dunson as he is featured on Chrisette Michele's new album "Better" which will be released June 11th as well! He is featured on track 16 "Can The Cool Be Loved" where Bilal is also a featured artist.