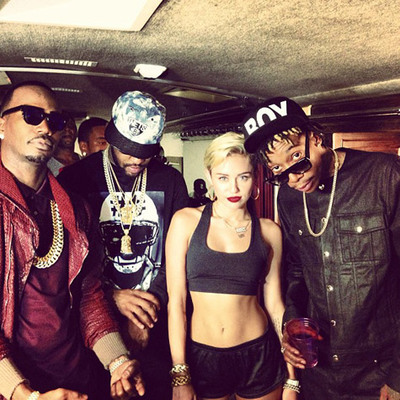 Miley Cyrus is back at it and does not give 2 cents about all of the media frenzy "behind" her VMAs performance. Despite all the hoopla, Miley hit the set of Mike Will Made It video for his single "23" with hip hop artist Wiz Khalifa and Juicy J. 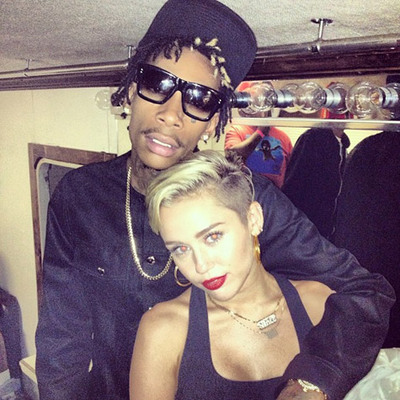 Mike Will Made It (who also produced Miley’s “We Can’t Stop”) told MTV News that he ended up throwing Miley on “23″ after she spontaneously hopped in the booth and “killed it:

"I already had Juicy J and Wiz on there, and then we were working on ‘We Can’t Stop,’ and I had a verse on there that was already laid down, but I wanted a girl to do it, but I didn’t know who I was going to do it with, and this was my first day meeting Miley, and we had just knocked out ‘We Can’t Stop’ and then I let her hear it, and she told me she liked it… She told my engineer, ‘Turn the mic on,’ and she went in the booth, then she laid down the verse, and she killed it. [So I] left her on there. She killed it, all swagged up." 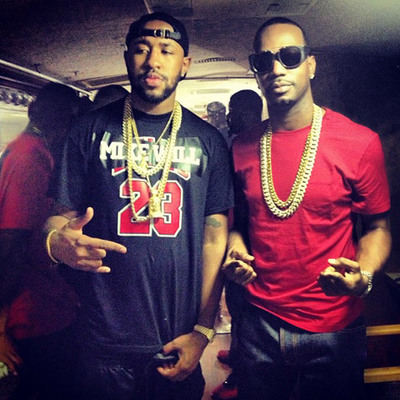 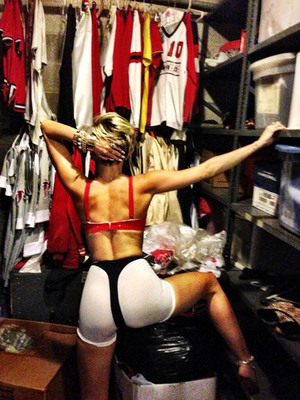