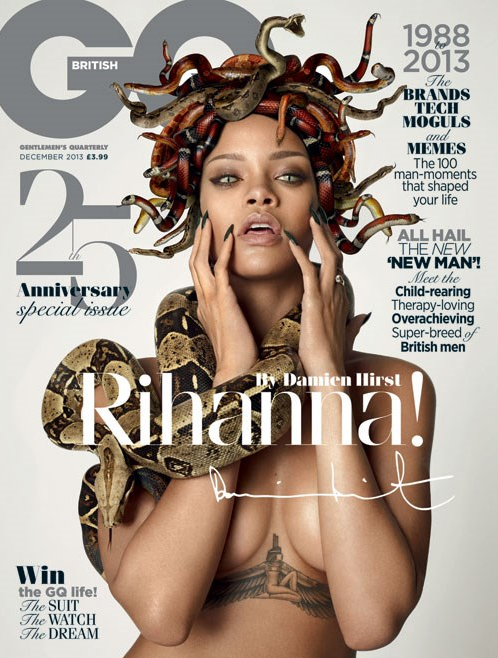 Rihanna graces the cove of British GQ Anniversary issue and like most media outlet's that I've seen that posted this story is that Rihanna looks sexy, but do you think it's a little creepy? In my opinion Rih Rih looks great "good girl gone bad". Check out more photos & video when your click read more.

“Damien Hirst is one of the world’s most highly acclaimed living artists. Rihanna is one of the world’s most successful pop icons. To celebrate GQ’s 25th anniversary, these two creative firebrands embarked on an art project the like of which has never been seen before. See the full portfolio, art directed by Damien Hirst, in the special anniversary issue of GQ, on newsstands and available to download from 31 October.” 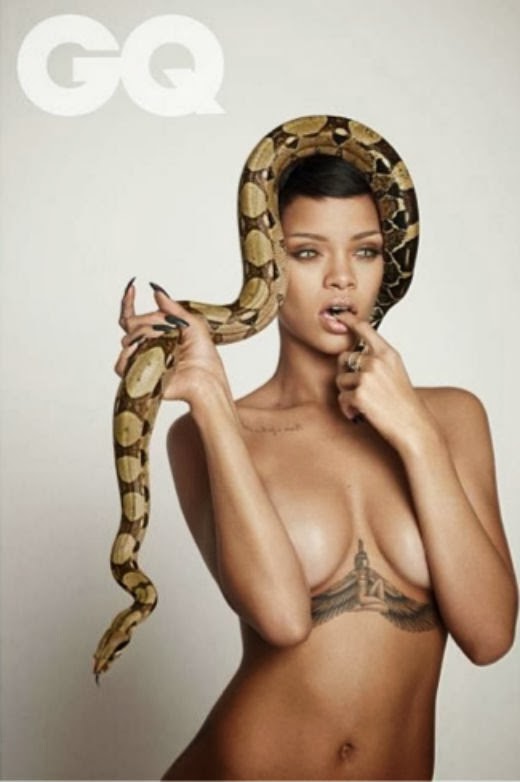 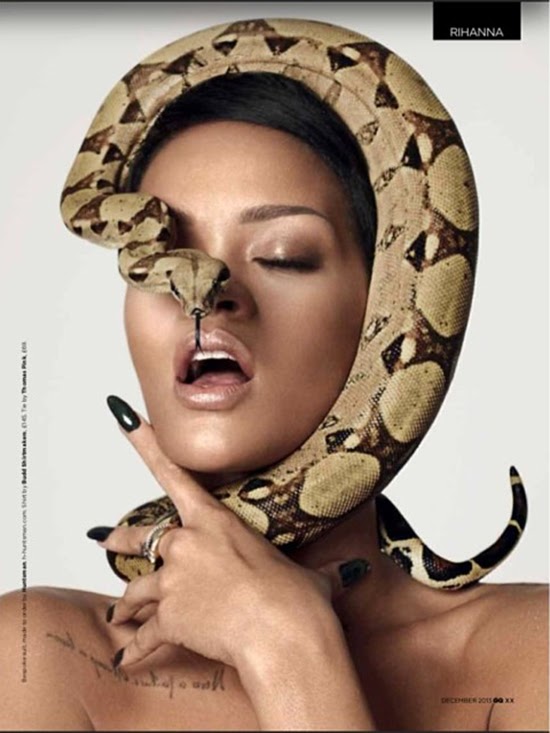