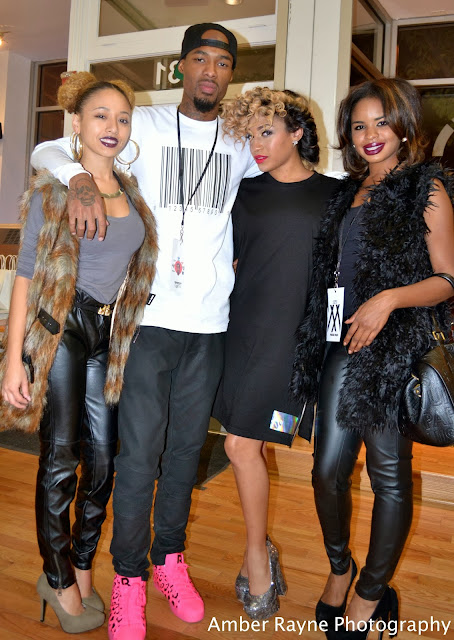 On October 27th, 2013 at the Anacostia Art Center, The DC area experienced a historical moment in
fashion and entertainment. Native Washingtonian and remarkably talented fashion designer, Wizzolx
presented himself and his passion to the world. This event was sponsored by Adidas, Jordan, Red Bull,
Kickk Spott, Sony, and more. Serving as a platform to unveil his latest collection as well as an auction for
some of his most exclusive items; Adidas X’s sneakers and a Michael Jordan jersey both designed by
Wizzolx, this event was a grand success. While premiering his latest line entitled F.Y.T, standing for “Fuck
You Thought", he also introduced his ideology of thinking outside of the box and daring to be different.
An advocate of breaking of trends and embracing one’s self, he used his clothing to express these ideas.
He explained that the barcode depicted on his pieces represent the importance of knowing your worth,
and the holographic boxes featured on other garments is a symbol for challenging yourself to think
outside of the box. 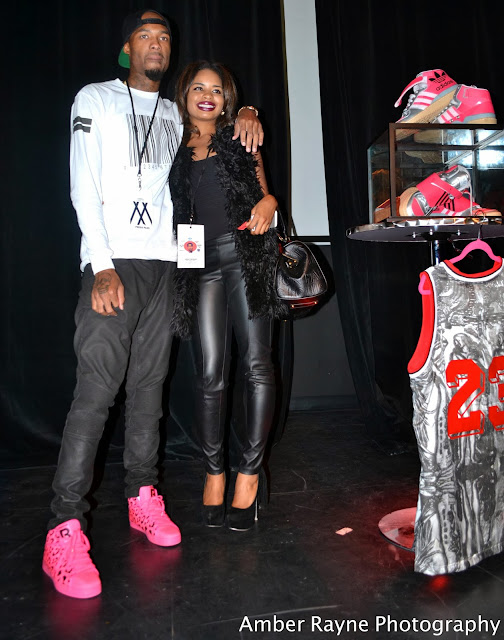 A press conference was held following the collection reveal, the floor was open to the media to
ask Wizzolx questions directly, to which he answered with much enthusiasm. When asked if he consider
himself an ambassador of dream chasing, he responded “Of course! I will always tell the next person to
follow their dreams.” He addressed the importance of being yourself and doing what you love.
The auction followed the conference, Wizzolx opened by giving a heart-felt speech about how
much this moment means to him, how much the pieces for auction mean to him. As the time
approached to introduce the items, the room fell dark; the items were illuminated by the flashes from
the cameras trying to capture an image of their greatness. The first pair of X’s was raffled off, and after
the third attempt, Supreme Edge’s very own Tu Bossy was the winner. She was overwhelmed with joy,
exclaiming that she had prayed for them. The second pair of X’s and the final item of the night, the
highly-sought after Michael Jordan jersey, there both auctioned off in the $300 price range.

This was a phenomenal moment for the DMV and for fashion. Supreme Edge was honored to
participate in amazing time in Wizzolx’s life and career. The building was filled with family, friends, and

supporters. He expressed his extreme gratitude to everyone numerous times. This creatively charming
young man will most definitely be a leading innovator in the many successes to surely come our area in
the future. On behalf of Supreme Edge, I would like to wish such a humble gentleman such as Wizzolx
endless blessings.