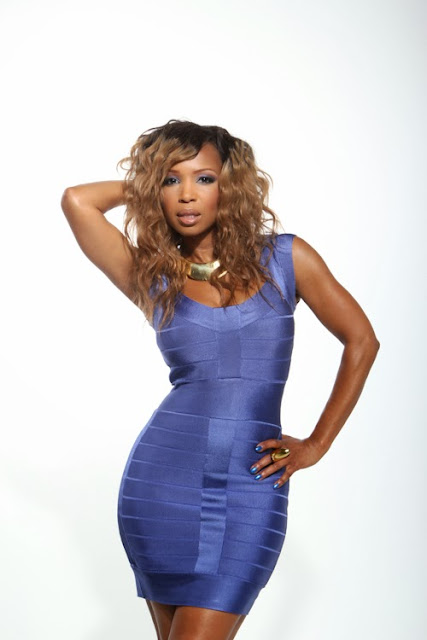 EricaVain: You are starring in a new movie titled “1982.” Tell us about the film and your role?
Elise: Well, you know… I absolutely have an appreciation for Hill Harper; an appreciation for his books,  his work with through our president, and everything about him. He’s been a Hollywood friend for many years and this is the first time we've ever worked together. I love the script for this movie. I'm a girl from the south, but I do know from being in films like "Paid in Full", that in New York and other areas in the north, the 80's were a crazy time for a lot African Americans. You know, when crack and cocaine use was really heavy. This movie is all about the demise of a family because someone in the family has an addiction that they cannot control.
EricaVain: I love it! I really believe that 2013 has turned out to be a really great year for African Americans in film.
Elise: Do you really feel that? Do you really feel that this year has been great?…and umm, this is definitely off our topic, but I was just talking about this yesterday.
EricaVain: One movie, released this year, that grabbed my attention was “Fruitvale Station”. I feel as though my eyes have been opened. I saw “12 Years a Slave” last week and....
Elise: I just saw that last night.
Erica Vain: When I think of some of the more light hearted films. You know…different romantic comedies like “Baggage Claim”, I just think that I am beginning to see more of myself in Hollywood than I am used to seeing. If that makes sense. (laughing)
Elise: Okay, let me just tell you how I feel. (laughing) 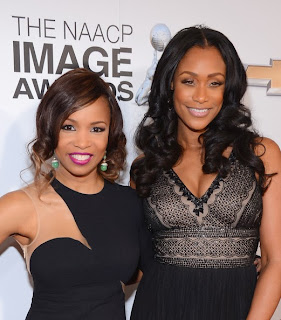 EricaVain: Okay.
Elise: And you know I'm not that girl who gets on her soapbox about a lot of things. I feel like everybody’s entitled to their own opinion. And I say it a lot on Twitter. I tell people who want to tell me what to tweet, “I do not do that.” You can tell me that you didn't like what I tweeted. You can tell me that you didn't like what I did, but don't tell me I can't do it. So I'm going to preface what I am getting ready to say by saying ‘I’m not saying that people should not feel the way you feel, but what will say is this…”
EricaVain: (Laughing) Okay.
Elise: As a woman who has been working for more than 20 years in this industry, from television to high budget films such as “Money Talks” to blockbusters with, I guess an audience of a million, like "Scream 2", I have never seen so many films produced that are geared towards reminding black people where their “place” should be. More movies of this type have been released since our great President Barack Obama came into administration. And I am not saying that movies like, “The Butler” are not amazing. We’ve definitely had amazing acting. “12 Years a Slave”, I just saw it last night. The movie has great cinematography and great acting.
Imagine growing up in the south….When I first started dancing, my mom would drive me to different areas and we would have to go have lunch in different areas. I felt it throughout the younger years of my life, and know a lot of other people in my life who have dealt with it also. Why do we need movies to remind us of where we used to be? I feel like, that’s not what we should be doing. We should be doing things to encourage us where we are right now. What we’re doing right now. What black people’s lives are like right now. And if you are going to produce a movie that reminds us of where and who we used to be, TELL THE FULL STORY. I said this last night after seeing that movie [ 12 Years a Slave], and I will say this again, I love the direction of Steve McQueen and the movie’s amazing cinematography, but I guarantee you, if I go to the bookstore and pick up “12 Years a Slave,” I'm not going to just read about the beatings. I'm not just going to just read about people calling each other niggas. I'm not going to just read THAT. I'm going to get a full story of a African American man, living in a certain time period; A story about how he met his beautiful wife and created his wonderful family. The book will detail how this African American man made his way to being amongst a circle of white people and what it was like to be in artistry during that time. It seems that the movies only depict the negative.
I really get upset about what I feel; people trying to remind us that we [African Americans] are supposed to be in a certain place. Maybe I feel this a little more strongly than others because I am from the south, but I don't want to always feel like that's what Hollywood wants us to do or those are the stories that Hollywood is going to put the most money into. No offense to “Baggage Claim,” but they [Hollywood] didn't put as much money into that story either. I just feel like we need to do better. I am not trying to say anything other than that. I miss the time when Will Smith and Martin Lawrence would show us how to bang out in a 60 million dollar movie and Hollywood was cool to place those two actors at the forefront and show us in a different light. That’s what I want!
EricaVain: Right.
Elise: Everybody is talking about how great “12 Years of Slave” was. No, it wasn't great. I'm sorry. I was very disappointed.
EricaVain: I didn't even think about it like that. I actually love the context that you’ve brought to the table, because when you put it in that context, it's as though you’ve opened your eyes and are really paying attention to what's going on. I was just excited to see so many of us in film that it never occurred to me to think about the message.
Elise: Please people, pay attention. Oh, I'm definitely a girl that’s like "what are they telling me?" I pat myself on the back to say that I've seen all of it. I've seen the best best budgets being spent on Malcolm Lee, you know when the first  “Best Man” was released. I think it's sad that a great film maker and a friend of mine, like Spike Lee has to even think about doing a kick starter to get a movie made in the right way with owning his own films. He is a legend in our game and he still deserves respect, you know what I mean? I just don't understand that, I don't. I don't like it. And again I'll say, I miss the time when Will, and anyone of African American descent could do a movie about us and not have to try to down play the role or just go to the story of slavery or whatever. I don't like it.
See More Over At EricaVain.com