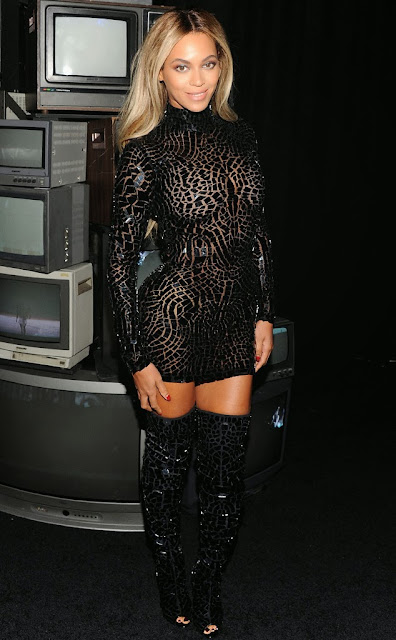 It's Monday and as promised I tried my best to not mention Beyonce' because I overwhelmed my viewers on social media, well I'm back at it and this time we're taking a look into the creation on the surprise 'Beyonce' album released December Friday 13th.-Posh

Beyonce' answered questions from her fans via Instagram and discussed her fears to drop a surprise album and the process of making her dreams come true. Check out the video below and let me know what you think.

“We were in the studio, and Justin Timberlake started beating on buckets. So, when you hear the beat, it’s literally a bucket. It was really organic, and it reminded me of being in middle school during the lunch breaks, when you just start freestyling,” Beyonce told the crowd. “So we kept the buckets, and we went back and forth. I was very adamant about keeping it organic, because that whole element is what is so beautiful about it. And Dream just started, ‘Yoncé on his mouth like liquor,’ and I’m like, ‘What does that mean?’ But I love it.”

“I think Beyoncé is Beyoncé, Mrs. Carter is Beyoncé, Sasha Fierce is Beyoncé. And I’m finally at a place where I don’t have to separate the two,” she explained. “It’s all pieces of me, and just different elements of a personality of a woman, because we are complicated.”

“This is my first album that — of course I wanted people to love it and critics to love it and for it to be successful — but my goal was not picking a No. 1 single,” she said. “My goal was putting together a body of work, and I just wanted to know that people cared about music. Honestly, I was at a point where everything feels the same. What I said in ‘Ghost,’ ‘All the shit I do is boring,’ is true. And if I could not challenge that, then maybe it was time for me to do something else or develop more artists, which is something that I could do, but just growth. I just hope that I continue to move forward and challenge myself. I think that now that I’ve become a mother, I just want my legacy to inspire people. That’s the biggest goal, just having happiness and knowing that when people come to my shows, they can leave all the madness and leave there knowing that there is hope.”
“More than the music, I’m proud of myself as a woman,” she added. “It’s about loving your imperfections and the things that make you interesting, because I refuse to let anyone put me in a box.”