Skip to main content
Posted by Posh The Socialite December 07, 2013 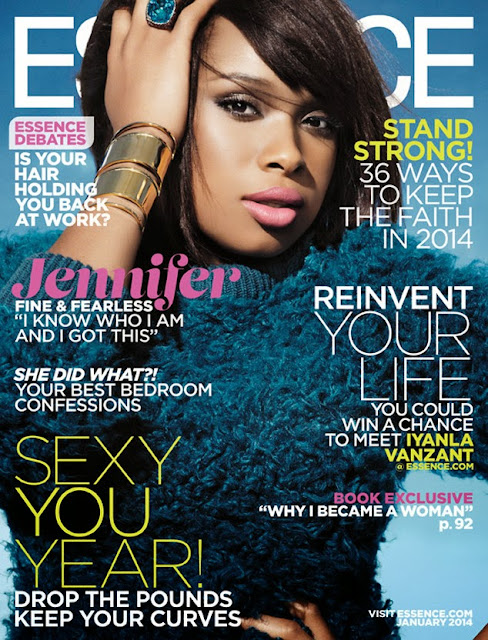 Jennifer Hudson is Essence magazine January cover girl, in the interview Hudson discusses her 5 year engagement, details on her new album, and the challenges of playing both Winnie Mandela and a heroin addict, pick up the January issue of ESSENCE magazine, on newsstands December 6.

It is undeniable that the Grammy-winning singer had a whirlwind year in 2013. Looking back at the three films Hudson starred in, we are clearly witnessing an artist stepping outside of her comfort zone. The 32-year-old had already won an Oscar and Golden Globe for her role as Effie in Dreamgirls, but no one was quite sure that she was prepared for the parts to follow, most notably playing an anti-apartheid shero in Winnie Mandela.
She faced several challenges in playing the iconic figure. First, mastering a South African accent: "I was so nervous about doing a good job that I started working on the accent a couple of months before I even got there." Second, relocating away from her fiance David Otunga and son, David, Jr., to film in South Africa: "I was like, 'Oh, my God—You want me to leave my baby and my man?"" Third, the physical transformation and weight loss—well, we know how she conquered that one in style. And, most importantly, paying proper respect to a living legend: "So much was done to suppress Winnie's voice, to keep her quiet. Winnie's story needed to be told."-Read More over at Essence Magazine.