MUSIC REVIEW: Beyonce' Behind The Music, Female Empowerment & An Ode to Married Sex 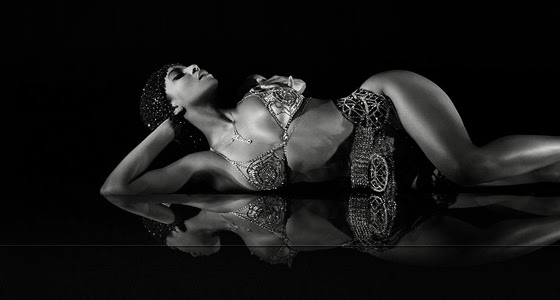 So, I am coming clean. After feigning impartiality for as long as I could, yesterday, I came out the proverbial Beyonce stan closet. In the wee hours of Friday the 13th in the year Two Thousand Thirteen,  I joined the scores of fans of the R&B and Pop Queen in the Internet frenzy that followed after she blessed us with an unannounced gift to her devoted BeyHive (the name for her fan base):  Not one single, but 15 songs and 17 videos, all in one delicious album choc-full of goodies to last our greedy souls hours and hours of listening glee! We salivated as the songs downloaded. We did a little dance in our seats in anticipation.

We were a little mad cause we weren't forewarned but quickly got over that ish!

Why not drop it unannounced with no pre-release  marketing & hype? Why not release it on your own terms and announce it via your Instagram account? Why not? You're Beyonce. Oh yeah, speaking of which, why not just call the album that and be done with the darn thing! 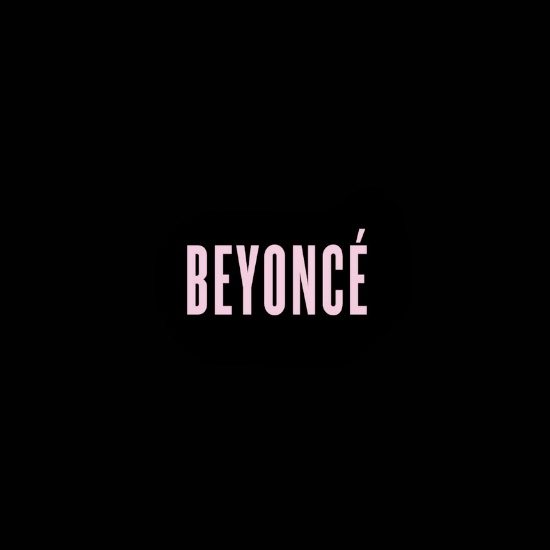 And so it was done.

We had waited since the 2011's album 4, which featured the hits “Love On Top,” “Run the World (Girls),” and “Best Thing I Never Had.”  She had released "Bow Down" (called "Flawless" on this album and featuring the feminist challenge poem as spoken by Nigerian writer Chimamanda Ngozi Adichie during a talk at TEDxEuston in London earlier this year titled, "We Should All Be Feminists." ) and "Grown Woman" before. Each appear on the album. Her song and one of my personal favese "Standing on the Sun" was an accompaniment to her H & M swimwear campaign  earlier in the year but didn't make it on the album. Pooh! 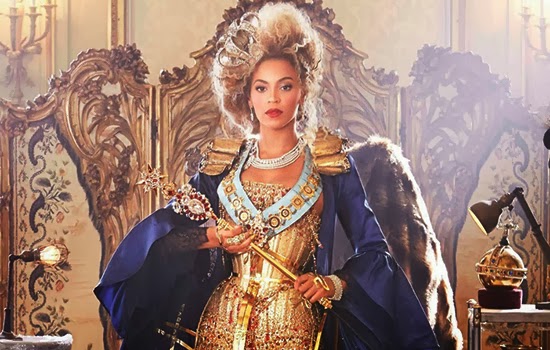 And even though it was around midnight, and I was editing my awesome eBook that I'm about to drop on you lovely readers soon, AND my 11-year old had to rise at the crack of dawn to make his bus for some field trip he was going on in the morning, I did the irresponsible thing that any Stan (fanatical fan) would do:

I mean totally crash it. 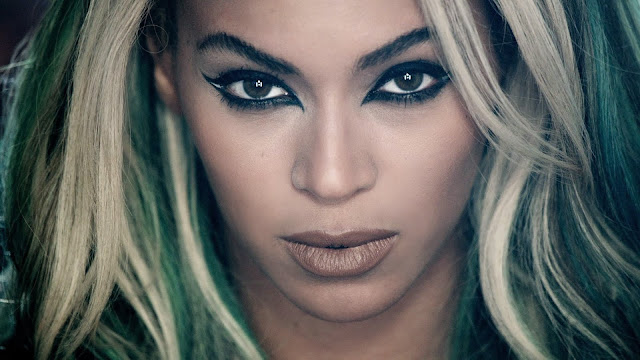 And then when I finished serving as an accomplice to the murder of iTunes. (Somebody resuscitated it later, don't worry there's plenty Beyonce left for you too. Calm down.) I put the coffee maker on, grabbed my husband's wallet & commenced to gift myself an early Christmas gift from him to me. I plotted to  listen and/or watch all 33 downloads in order that Bey wanted it. It was the only right thing to do. 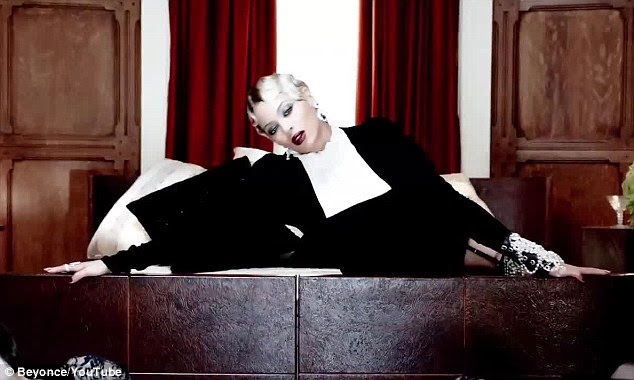 After all, she was bucking all conventional customs and marketing practices. Traditionally, artists tease fans with albums and drop singles one, by one, and buckle to the whims and wishes of their label and record execs as to what order to release and what video to make and/or release.

But Blue Ivy's mom must have said to herself, "wait a minute. I'm Beyonce. I'm a grown woman. I do whatever I want."

And so she did. And I get it. I didn't even need her to explain it (though she did here). As a visual and musical person, when she reaches in the recesses of her creative being to birth music, there are sights around and a visual imagery that color the experience. Often times, the video is what really sells a song or helps a listener "get" the message the artist wanted to relay in her or his creative work. Sounds can't exist without visual imagery. So that's why she released a "visual album". Get it, now? 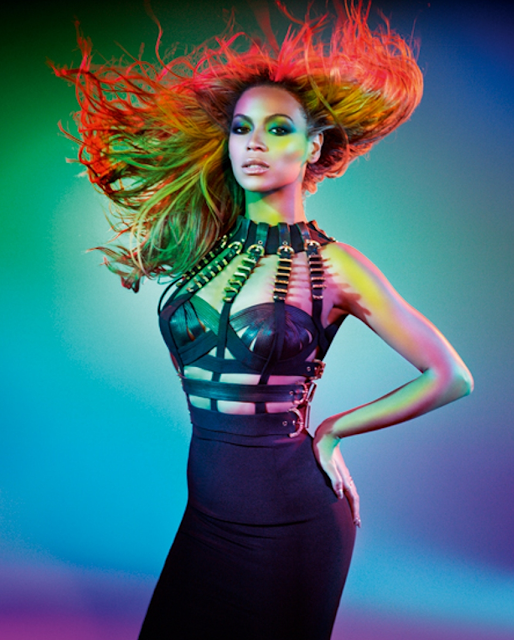 And I guess Mrs. Carter wanted us to see the landscape as she envisioned and created it from top to bottom, complete, and thru her lens. By giving us the Full Monty all at once, she empowered her fans and audiences to decide for themselves what they will repeat and keep on constant rotation on their iPods - not the radio stations. Just as she didn't want to be restrained by industry standards and rules, she didn't want us to either.

And with that I tried but couldn't decide which one of the ballads, love songs, and eclectic mix of old school R&B, world music, soul pop, rhythmic hip hop was my favorite. I felt a little Prince, a little Teena Marie, some Michael Jackson. and James Brown. And the videos! Oh the videos! 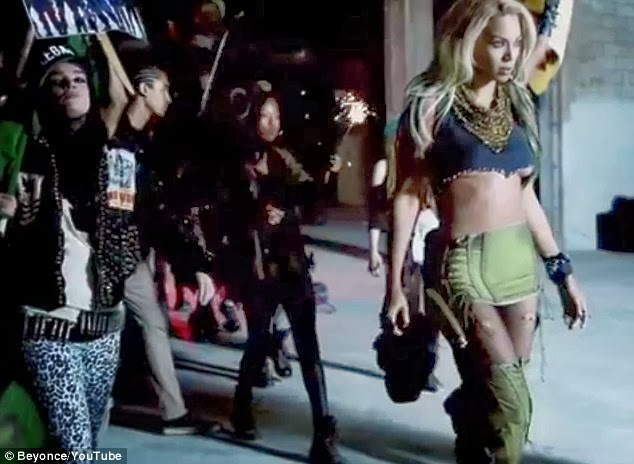 These were not the three backup singers in front of a backdrop in some Brooklyn studio as we've seen her release for past projects. Each of the seventeen videos was well thought out artistic masterpieces,  filmed on location in Cuba, at Carnivals and a variety of exotic locations, likely during her world travels these past two years. Here we thought she was just having a baby, living and touring and doing Pepsi commercials. Heck, while changing the music industry, why not redefine Supermomdom too? 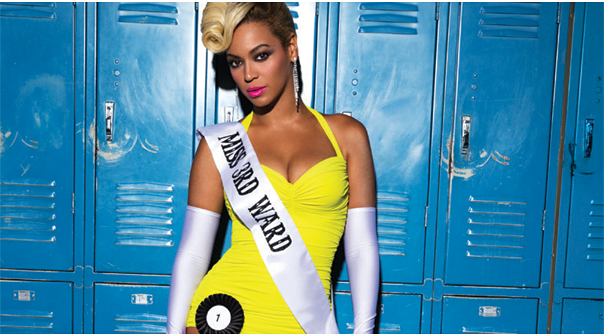 How did she manage to squeeze in all these glorious mini-movies in the schedule? Each of them was directed by some of the greats in the music video industry. And in an unprecedented freak-of-naturish way, nothing leaked! Only the woman formerly known and Beyonce Knowles could pull off the ultimate secret bomb -- definitely changing the game and raising the bar so high, it isn't certain any other current artist can even see it through the thick clouds in the sky, let alone reach it. Yup, that bad baby is in the stratosphere, it is! 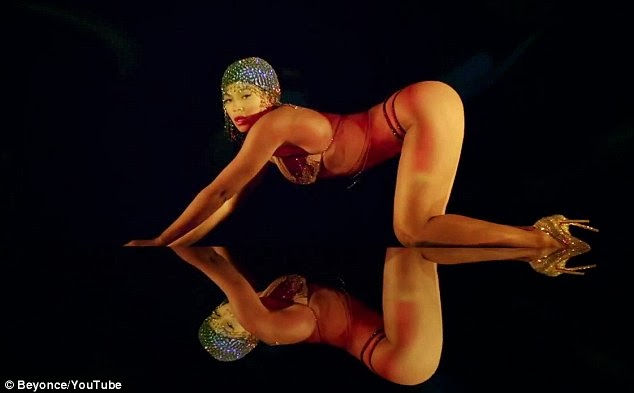 And as a person who is also totally in love with her husband after 20 years together (this December 23) with 14 years married, I could really dig her letting us in on all these sexy love letters and conversations she was having with her husband Shawn "Jay Z" Carter.  Most of the songs were personal foreplay sessions. The videos to them were equally orgasmic and I'm here to predict that we will be seeing some Beyonce Album 5 babies in about 9 months because oh my! Those videos are certain to accomplish at least two things: 1.  make a prude blush; and 2. help anyone with an inner freak break free. um...yeah.  The video for "Pretty Hurts" had a female empowerment message in it too. Very thought-provoking take on beauty standards & women's struggle to meet them. 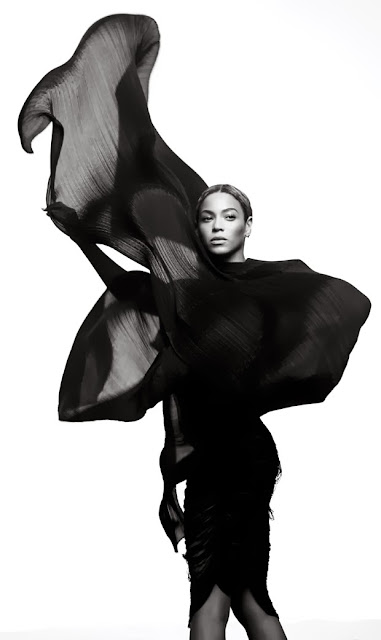 And the cinematography, the choreography, the editing, the film direction, and wardrobing of each video were tops. You can definitively tell she put her back and pocketbook  into this project. She was not settling for mediocre or "just okay." We Virgos rule are wired like that. This was a major undertaking and my girl pulled it off! 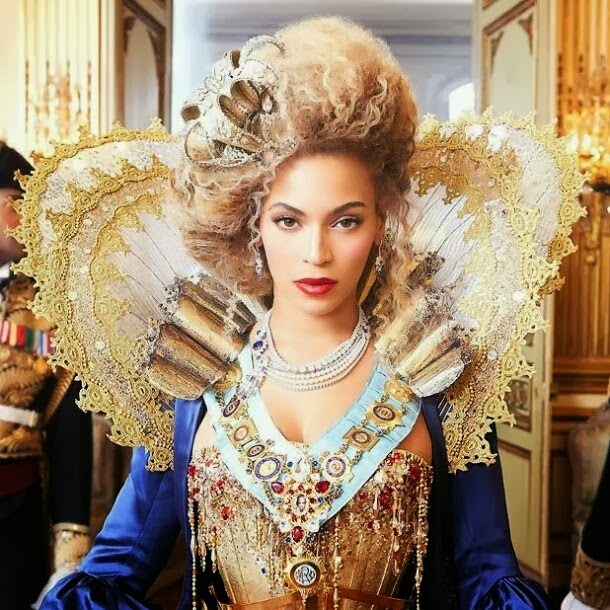 I told myself, she must have done all this work so she could go rest and make another baby. God knows she's got plenty baby-making music on that album to choose from.

Yasss! We love babies here! The song "Blue" and the video to it is quite precious and speaks to the unconditional love a mom has to a child. And THE subject of the song makes a cameo singing in the song. That's right. Train them from young. 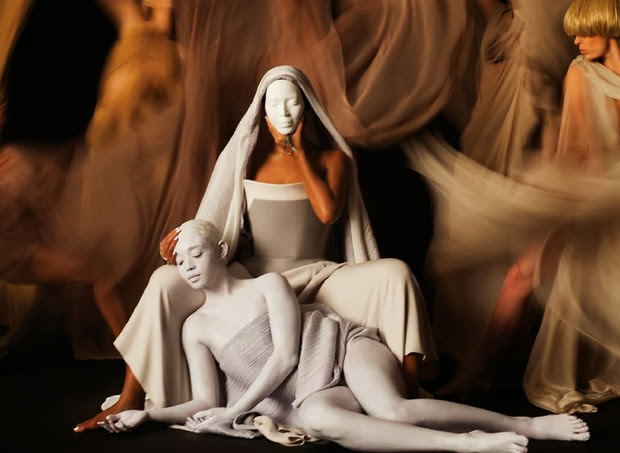 But alas, the spirit was willing but the eyelids were weak. And I had gotten thru half the album. It was about 3 o clock in the morning and I'd done like 4 lines in the document I was editing. (* Note to self: NEVER try to edit while listening/watching Beyonce again. EVER*)

And I succumbed to the draw of my bed sheets but went there reluctantly with visions of song and/or video 13-33 dancing in my head.

When I  awoke, I planned to drop my kids off to school then planned a day like this lady's: 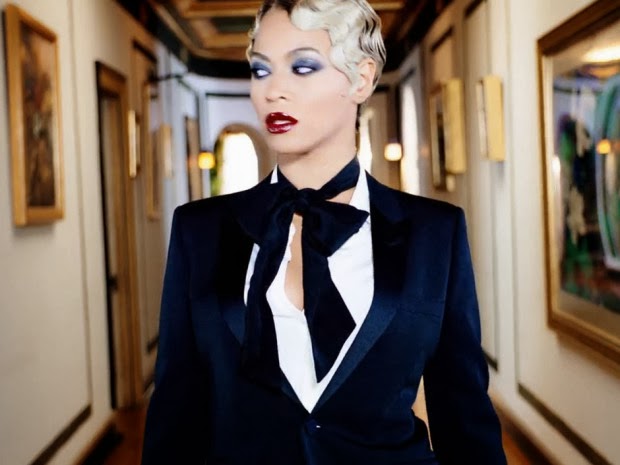 And yes I did. I canceled all scheduled Twitter beefs too and got into the rest of the project.  I can honestly say afterwards that I was not disappointed with much of anything. This is a solid project. The lyrical and the musical genius within  it is undeniable. And I'm not just saying that because of my confession at the beginning of this review either. 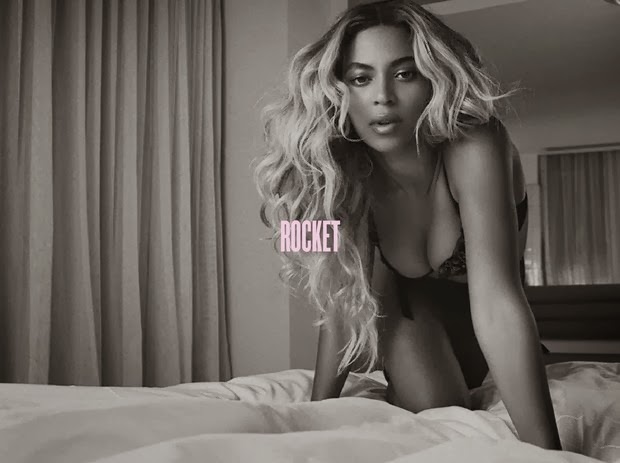 What a fitting way to Book End our 2013. We started with her rocking the stage at the Super Bowl halftime show in January and Ended the year with this masterfully produced and thoughtful project!