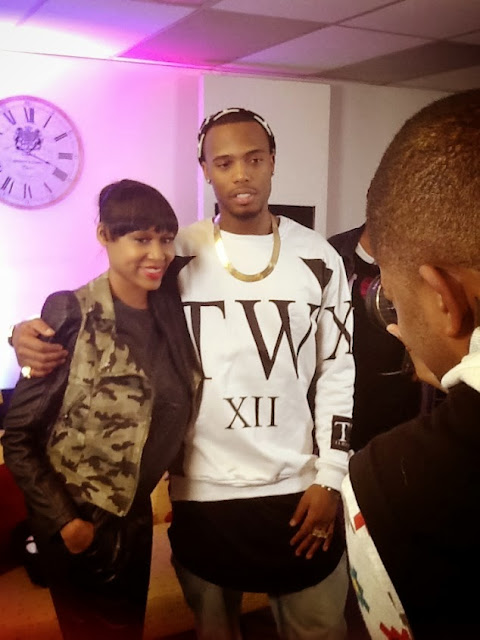 On December 20, 2013 I attended Writer's Rap with B.o.B in Baltimore, Maryland at the WPB Radio Studio, and event thrown in conjunction with Atlantic Records.

HipHopCleopatra hosted the industry networking event which included a Q&A session with B.o.B about his latest album "Underground Luxury".

During the open and general session, the recording artist talked about the meaning and inspiration behind his latest project. The Grammy-nominated and multi-award-winning artist also gave inspirational advice to young men and spoke about his life growing up in poverty.

He remarked that what kept him stable was having a dream and letting himself have big dreams that were achievable.  It  was those dreams that gave him hope for making it out of poverty, he shared. Finally, he advised youth to not to give up on their dreams and not to limit what they could because of the limitations and confines of their current and existing surroundings.

It was great to hear the blue print of B.o.B new album "Underground Luxury" which is in stores and available for digital download on iTunes now.

Check out the video below and B.o.B answers from the Q&A session posed by various media outlets who attended the event.

B.o.B on Underground Luxury & what he likes to do outside of the studio: 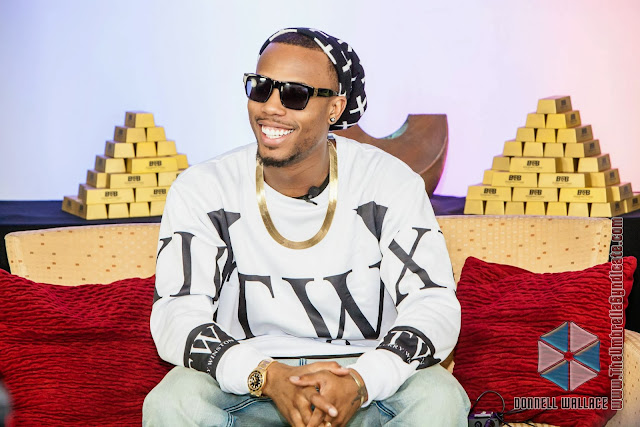 "Some people didn't know who B.o.B before my first album and truth-be-told I wasn't trying to make a pop album and in this album I really wasn't trying to make a hip hop album, I was 19 when I did a lot of them songs and now I'm 25 I've out grown so much and I'm into different shit that I wasn't into...hip hop fans are kind of territorial. When they see a artist underground become popular they say "Ah man they sold out, everybody knows about him now" ...it really doesn't bother me....that's why in this album I executive produced this album.

What's your favorite song of the album and what luxury items do you think people thrive of off?

"My favorite song of the album is flyMuthaFucka, like that's the song I want to get out of bed, jump up and go home and DJ already home scratching and shit"...Luxury a man a watch and woman a handbag"