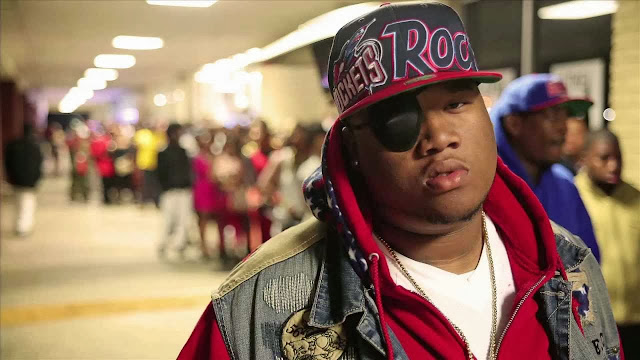 Sad news this morning, rising hip hop star and Hustle Gang protege' Doe B was shot & killed in his hometown earlier this morning with an unidentified woman. It's so sad to wake up to news like this and is unbelievable. I received many updates from +Hustle Gang and I am in shock this morning. I had to Google the story myself to believe what happened to this young man.. Dead at the age of 22 and had such a promising career.

Thoughts and prayers go out to Doe B's family and Hustle Gang. Here is the story that I found via AllHipHop.com

"Upcoming rapper Doe B, real name Glenn Thomas, has been killed. He was 22.
The details are sketchy, but initial reports are that the emerging rapper was killed by gunfire.
T.I., who signed Doe B broke the news on Instagram.
“RIP to my lil brother Doe B. We gon miss u my nigga. U’ll never be forgotten & U WILL NOT DIE IN VAIN. We Love U champ. Always. Just rest now my nigga….WE GOT IT From here,” Tip posted.
Doe B, a native of Montgomery, Alabama, was shot in the eye approximately three years ago and saw his career burgeon as he found a new dedication to his craft. After working with local talents, he then got the attention of T.I. who signed the young rapper for his credibility as well as his way with words.
Early reports suggest that he was performing in a club in his hometown when he was shot. Apparently another woman, 21-year-old Kim Johnson, was killed as well."

Here is a video from All Hip Hop Interview with Doe B & T.I