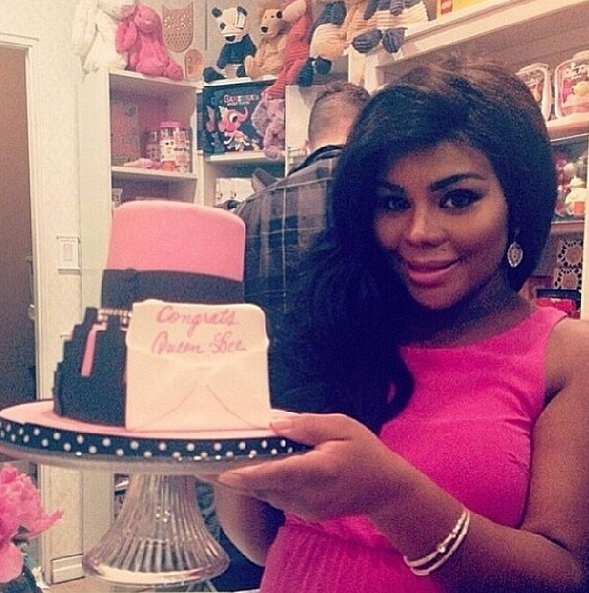 Congratulations to veteran rapper Lil Kim on the birth of her daughter on Monday, June 9. A source to US Weekly confirms.

The pint-sized recording artist who rose to fame in the 90s alongside her mentor rap pioneer The Notorious B.I.G. is said to have named her child Royal Reign.

After rumors circulated about the pregnancy following an appearance at a New York Fashion Week show with a very bulbous belly, Kim eventually confirmed the news while performing a few hours later.

Although Kim has never confirmed who the baby's father is officially, rapper Mr. Papers did in social media and was very present at the lavish Royal themed baby shower that took place last month. The event was filmed for David Tutela's new show, CELEBrations which will air this August 1 on WE TV.