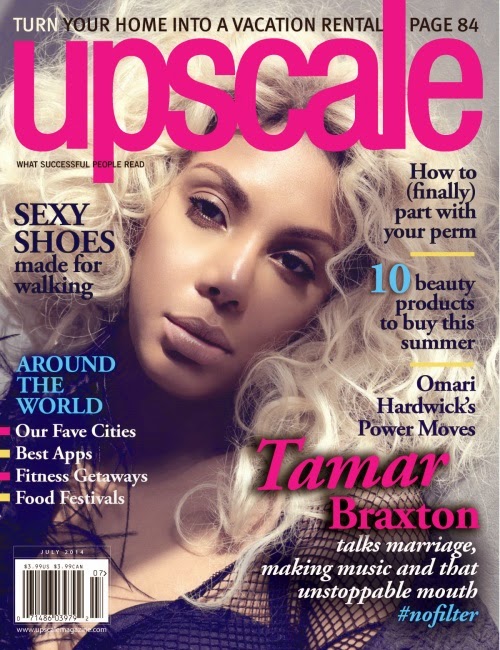 On her relationship with Vince:

I don’t think the level of exposure changed my relationship with Vince, I think the work that we do together changed our relationship. It went from me supporting Vince and all the things that he was doing to it switching around. He supports me and everything that I’m doing. It’s like our relationship has taken a turn because communicate because we have to. We have to get along or else we couldn’t get anything done. The level of respect for each other has increased and also, we’ve grown up because of it. The maturity of the relationship has matured. I know I’ve matured. Now he’s a father, I’m a mother. We don’t have time for that.

On social media and side chicks:

Everything I post is not personal for me, let’s just go there. One of my post I call “Instagram psychics,” everybody thinks they know what the hell you’re talking about. There was a week where there was a lot of side chick posts on Instagram, and I was saying this is a repost—I don’t know how that turned into the blogs saying that Vince is cheating on Tamar. I don’t play with that, [laughing].

I just thought it was interesting that [being a side chick is] something that people are proud of these days. I wrote about this in my book, being a side piece, sometimes you don’t know. But when you do know, you shouldn’t be proud of it. If you’re 100 percent woman, you should be loved 100 percent. One of [the posts] that worked on my last everlasting nerve said, “I can’t help it if he chooses to be with me more than you.” Excuse me!? And that’s what I was saying, this is when you can tell that you’re not somebody’s wife because that should bother you. Why should it not bother you that this man gets up and leaves you to go home? Wait a minute, you have to want more than this. I just wanted women to know that and it somehow became Vince cheating on me, which was sad.

On her big mouth:

Watching yourself on television it’s like, wait a minute! I didn’t mean it like that! It took me a long time to understand that just because somebody is talking about something around me or to me does not mean that they want me to always talk or have something to say or want my opinion.
Read more in the new issue of Upscale, on newsstands now!