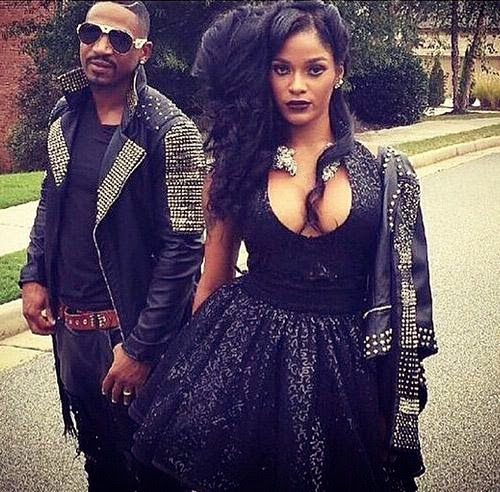 Shortly after announcing plans for a spin off to the couple's reality television show titled The Jordans, Stevie J, star of VH1's Love and Hip Hop Atlanta announced that he and his wife Joseline Hernandez are expecting their first child together.

During an interview with the radio show at 100.7FM, the hip hop performing artist confirmed that he and his rapper "main" rapper Hernandez are adding on to the family.

"It's all real, but we got new additions with the family too but I don't wanna say too much, but you know what I'm saying," Stevie J told the station. "We extending and expanding the Jordan family....If you understand what I mean".

He later accepted the dj's congratulations confirming the news.

It should make an interesting story line for the couple considering the ongoing storyline on the main show involves his relationship with cast member Mimi Faust.

This would be Stevie's 7th child, but her first.

Should make for an interesting story line. Stay tuned.