On February 17th Ark Badgley and James Mischka showed the Badgley Mischka Fall 2015 Collection in the Theater at Lincoln Center.  The collection was inspired by the baroque embellishment traditions of the matador combined with the severity and restraint of Modernist architecture – Blood and Sand meets The Fountainhead. This season, Badgley Mischka plays textures and dimension with prints and embellishment for a rich, informed luxury. 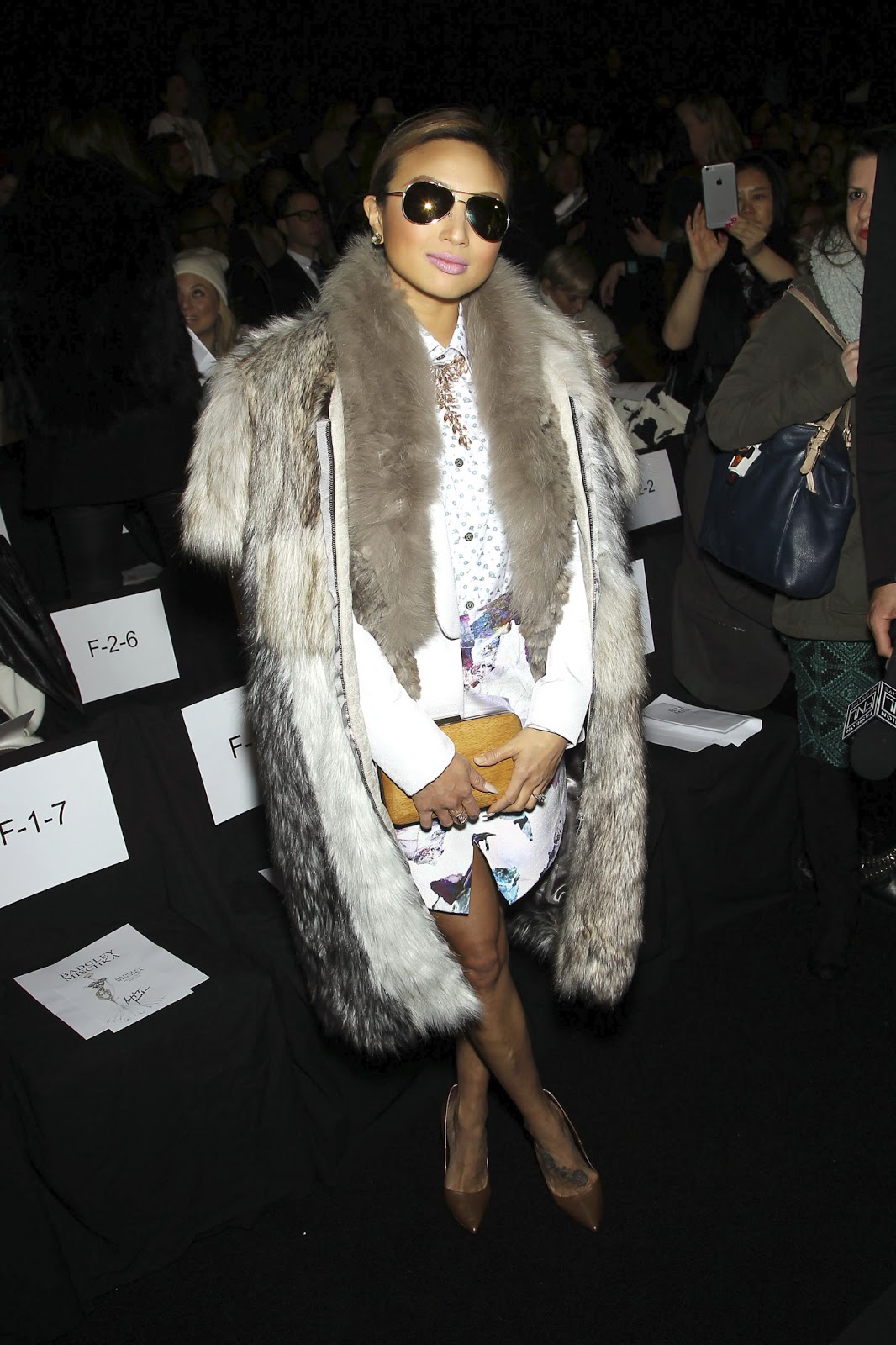 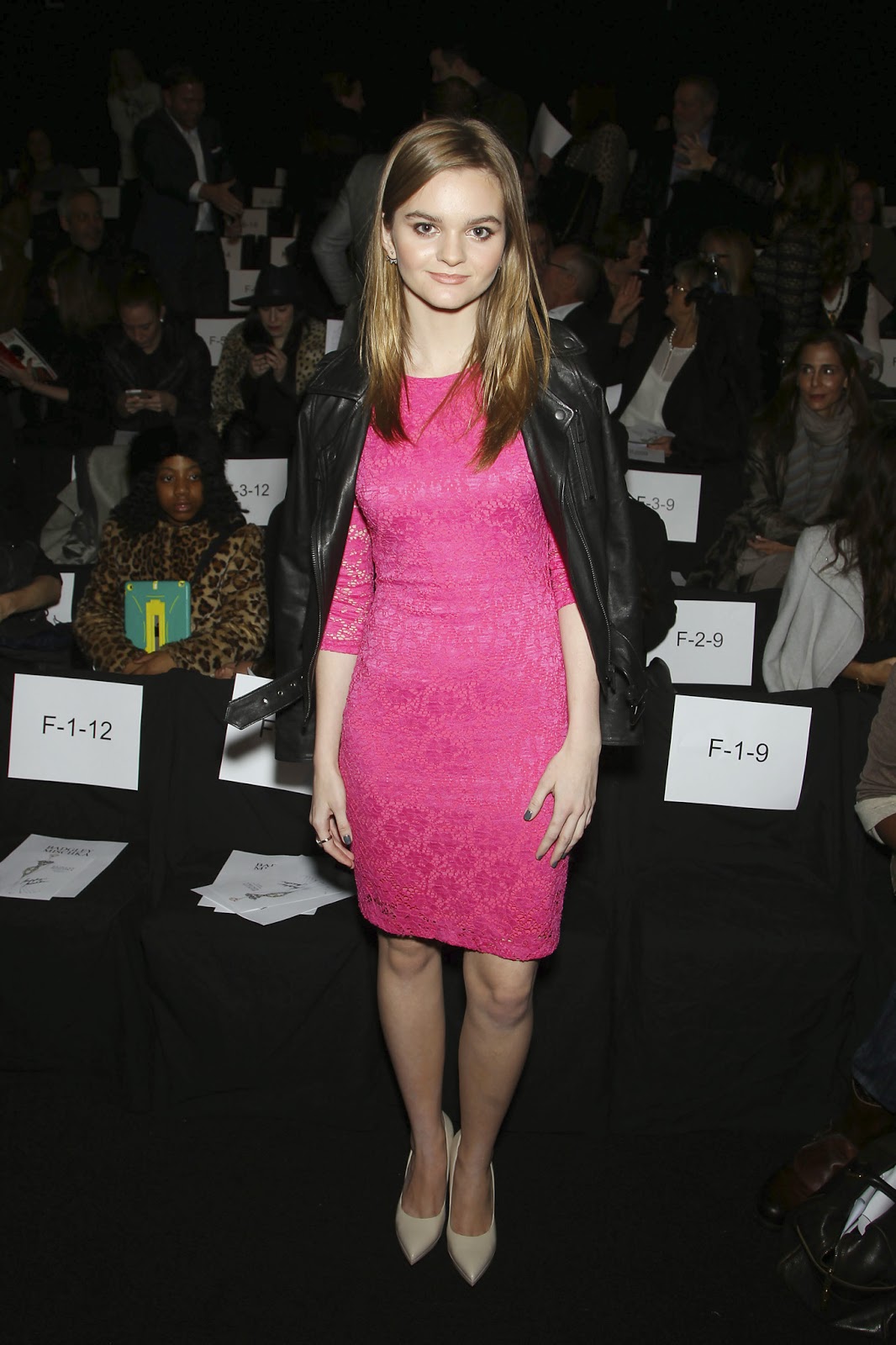 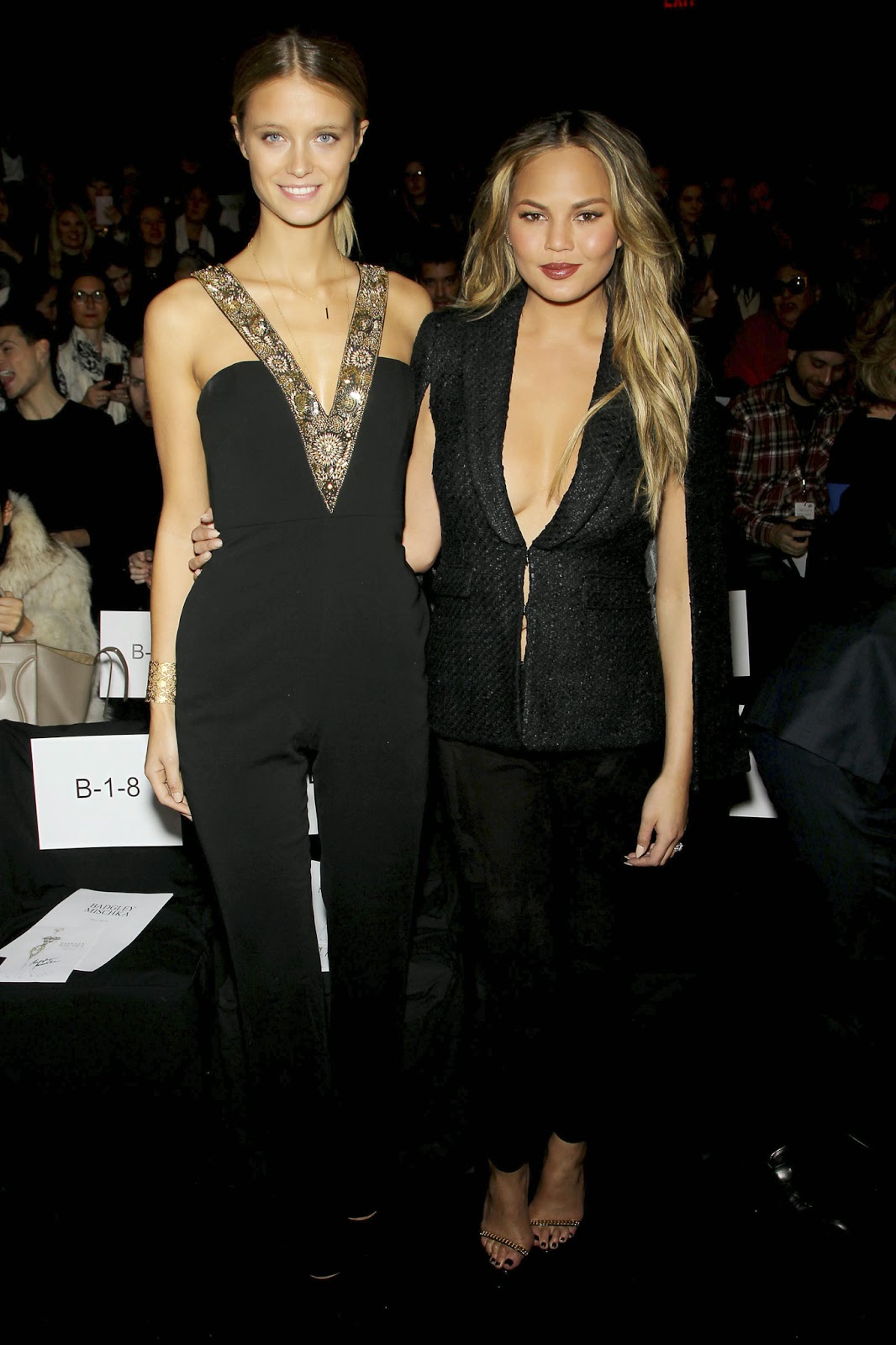 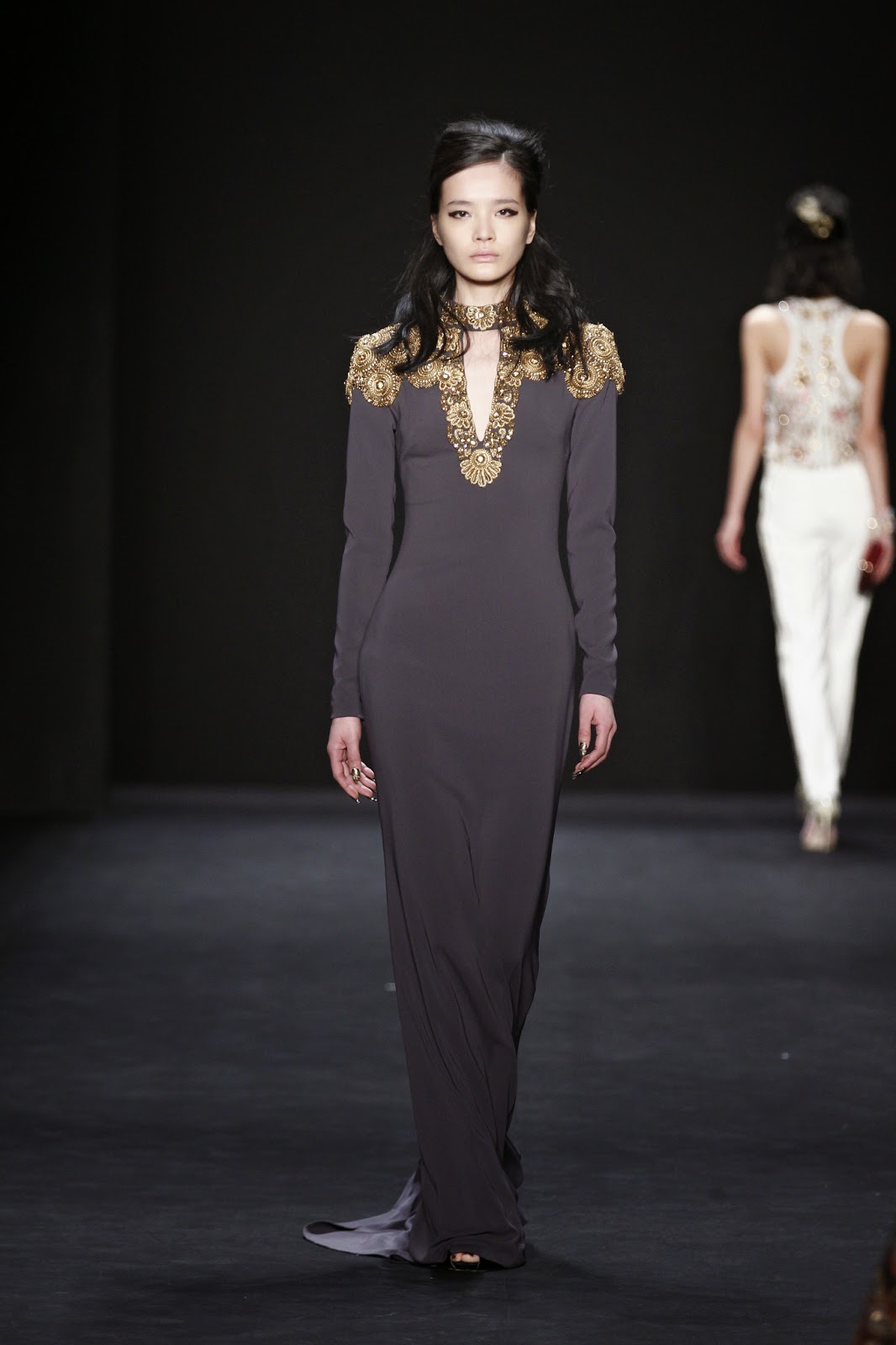 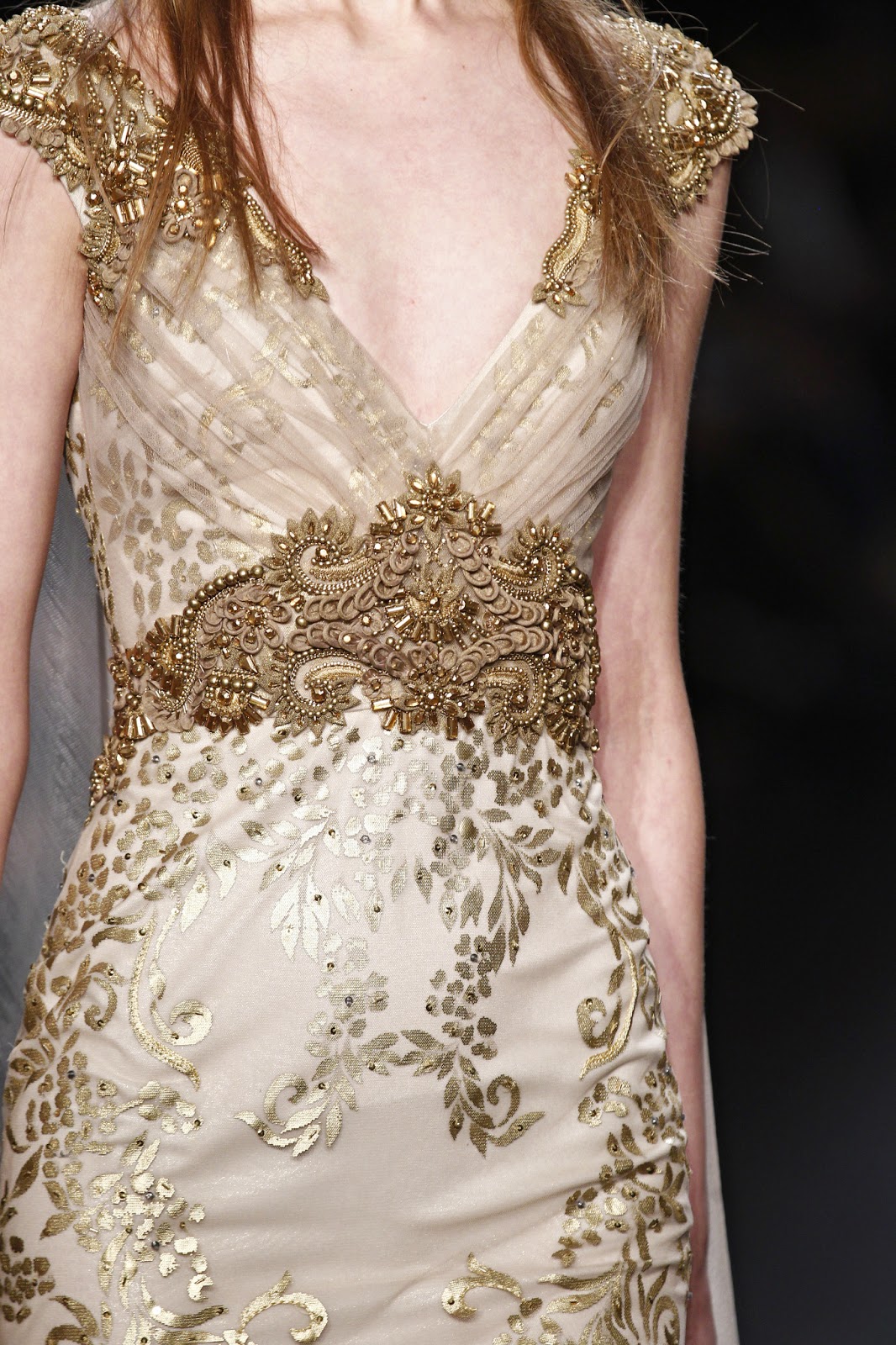 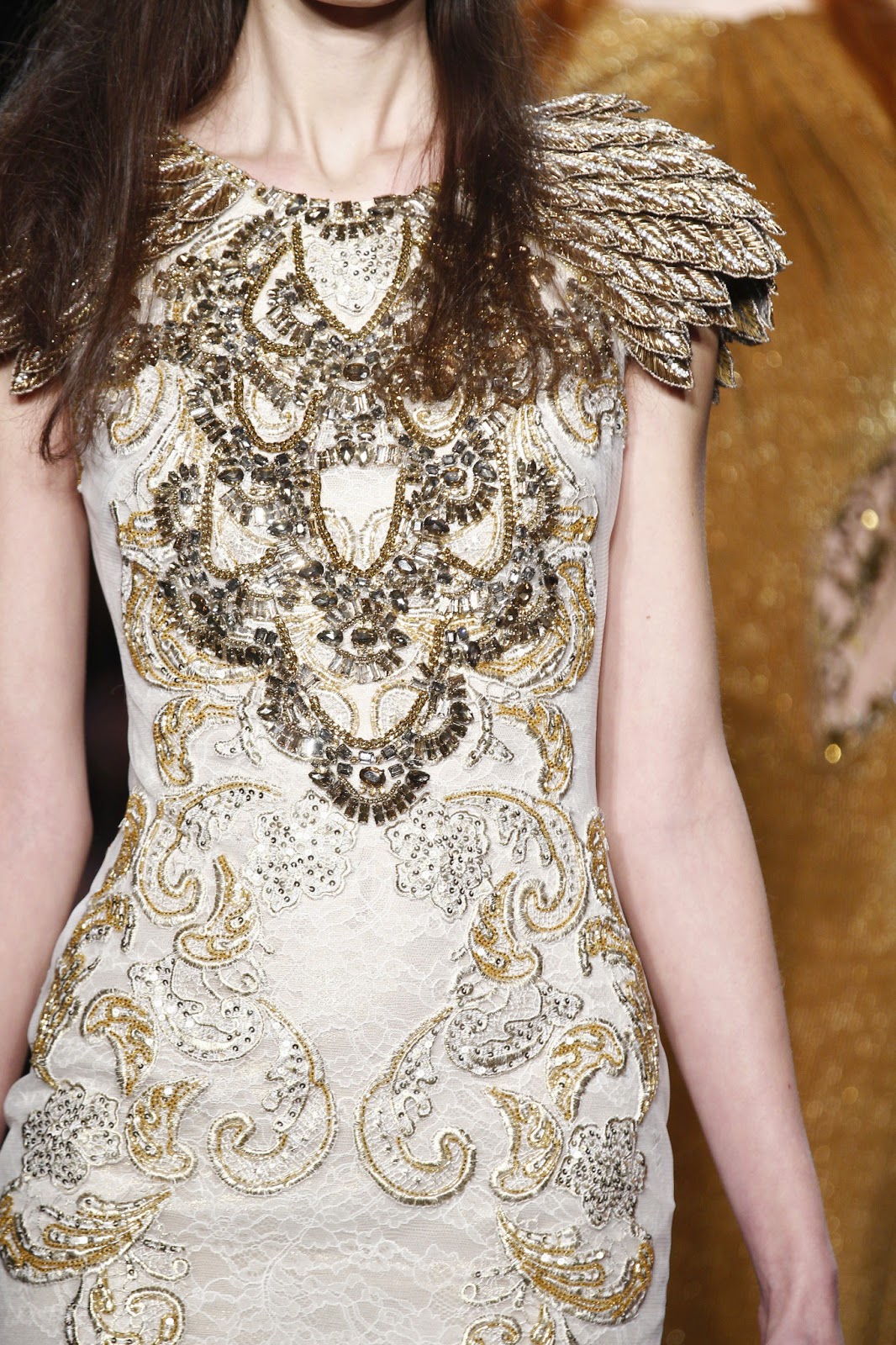 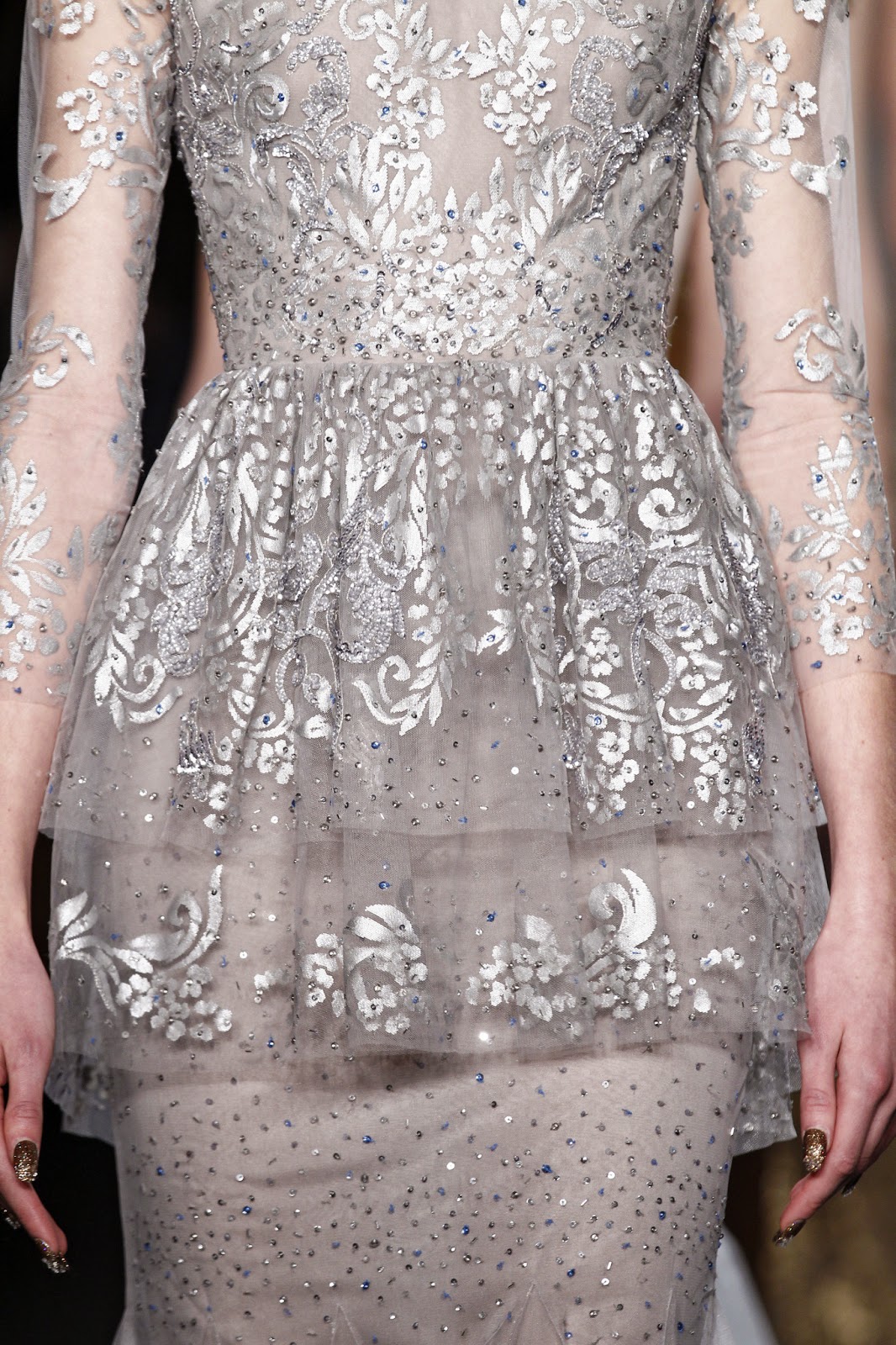 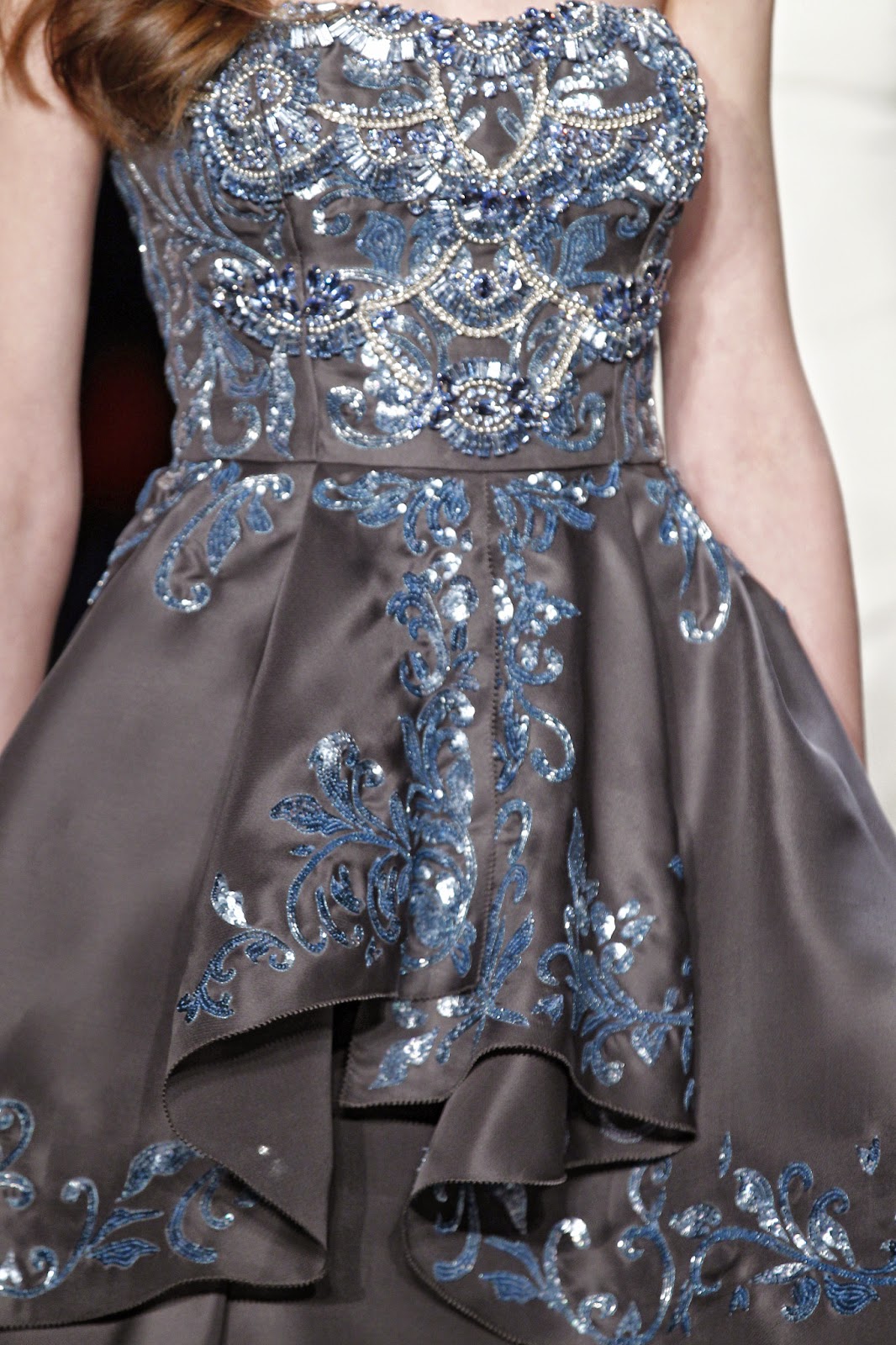 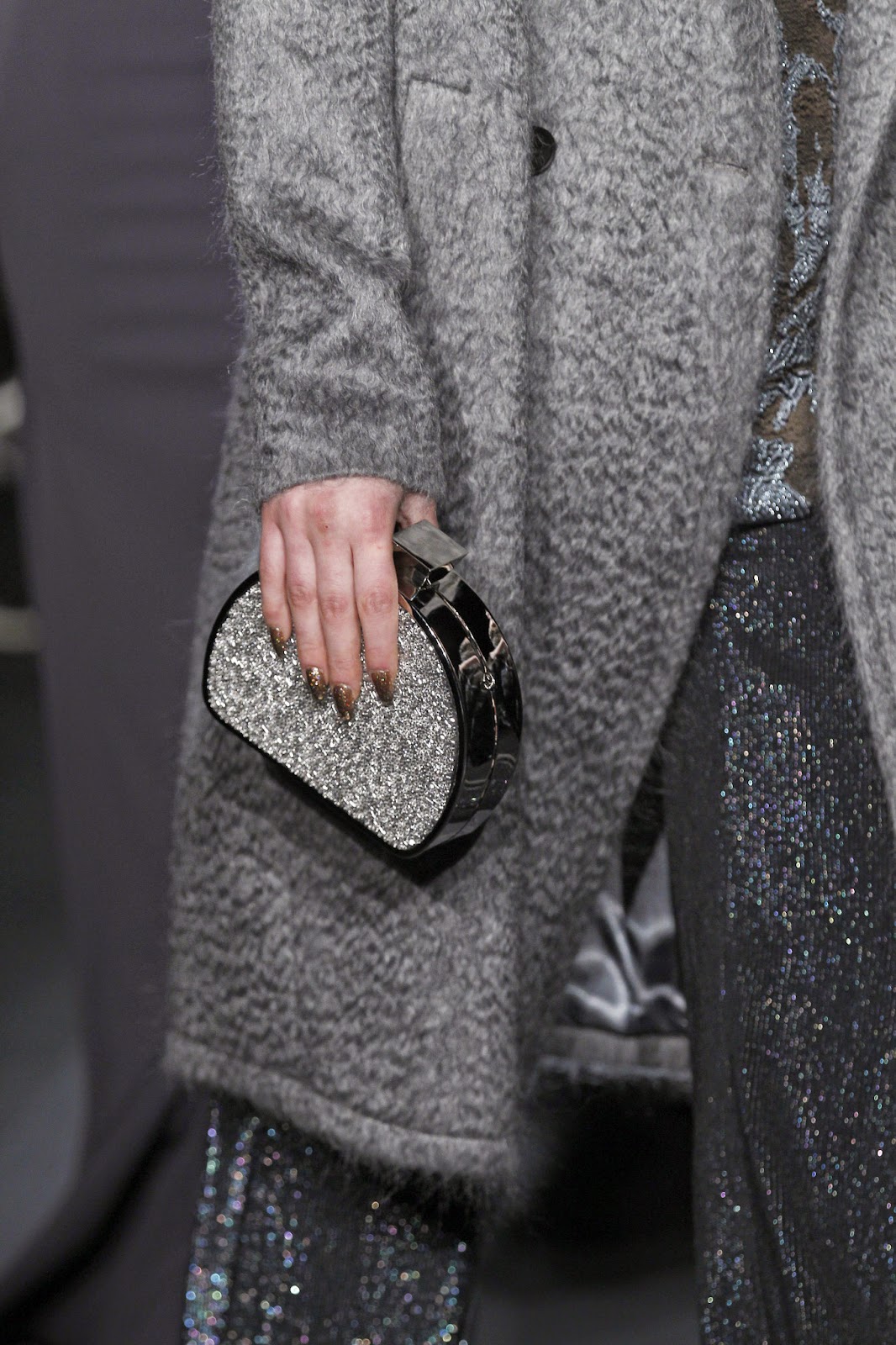 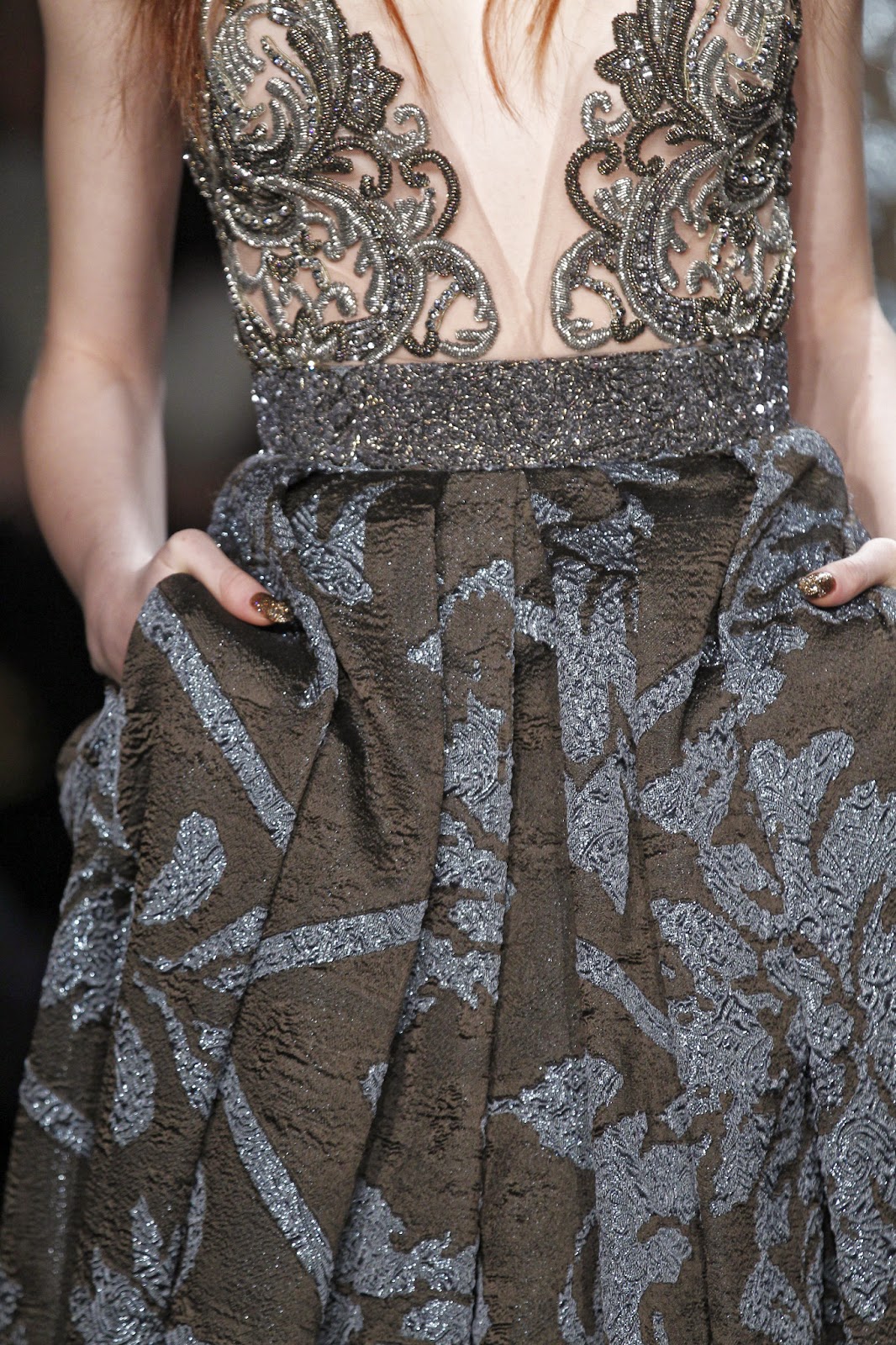 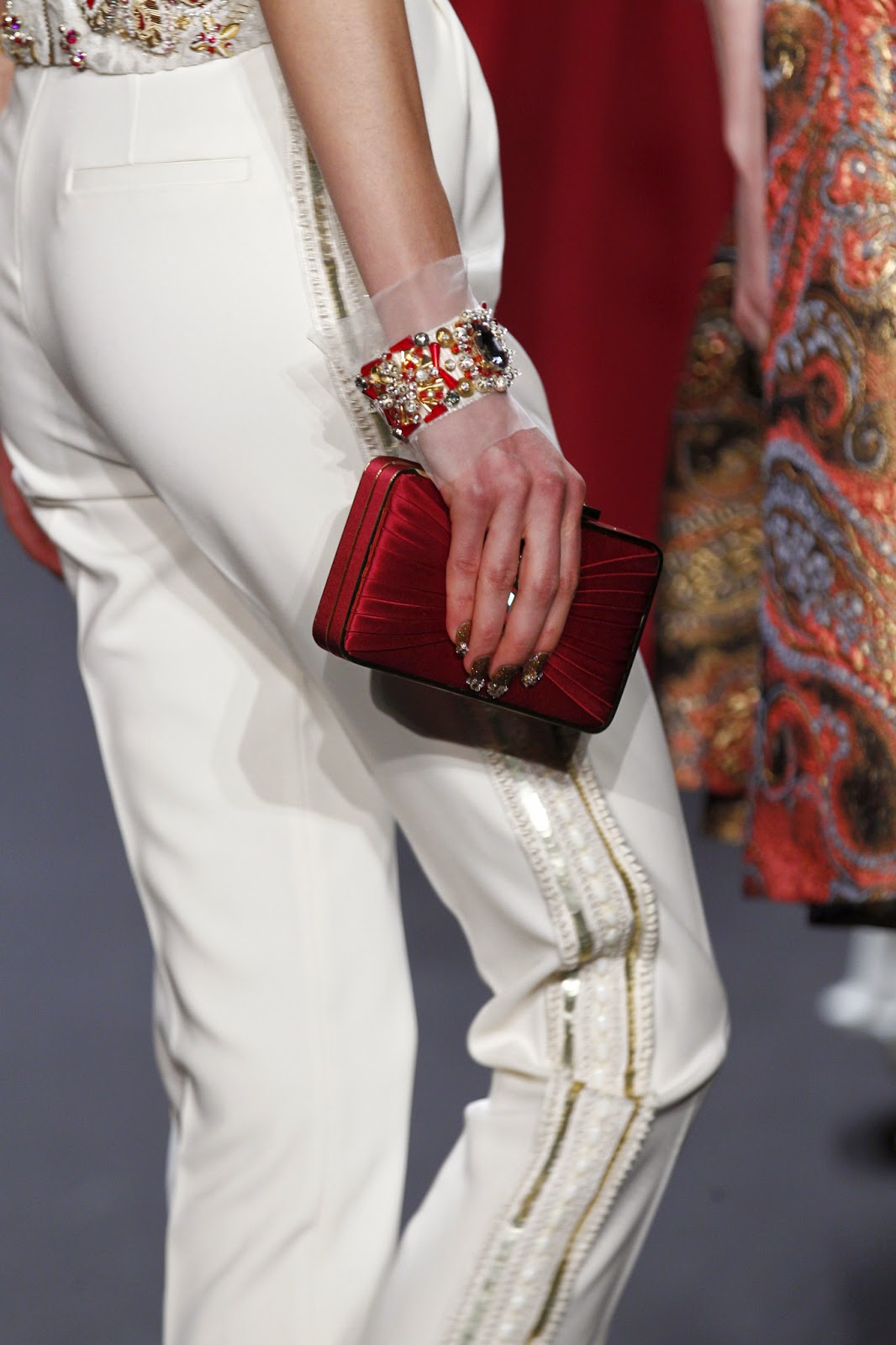 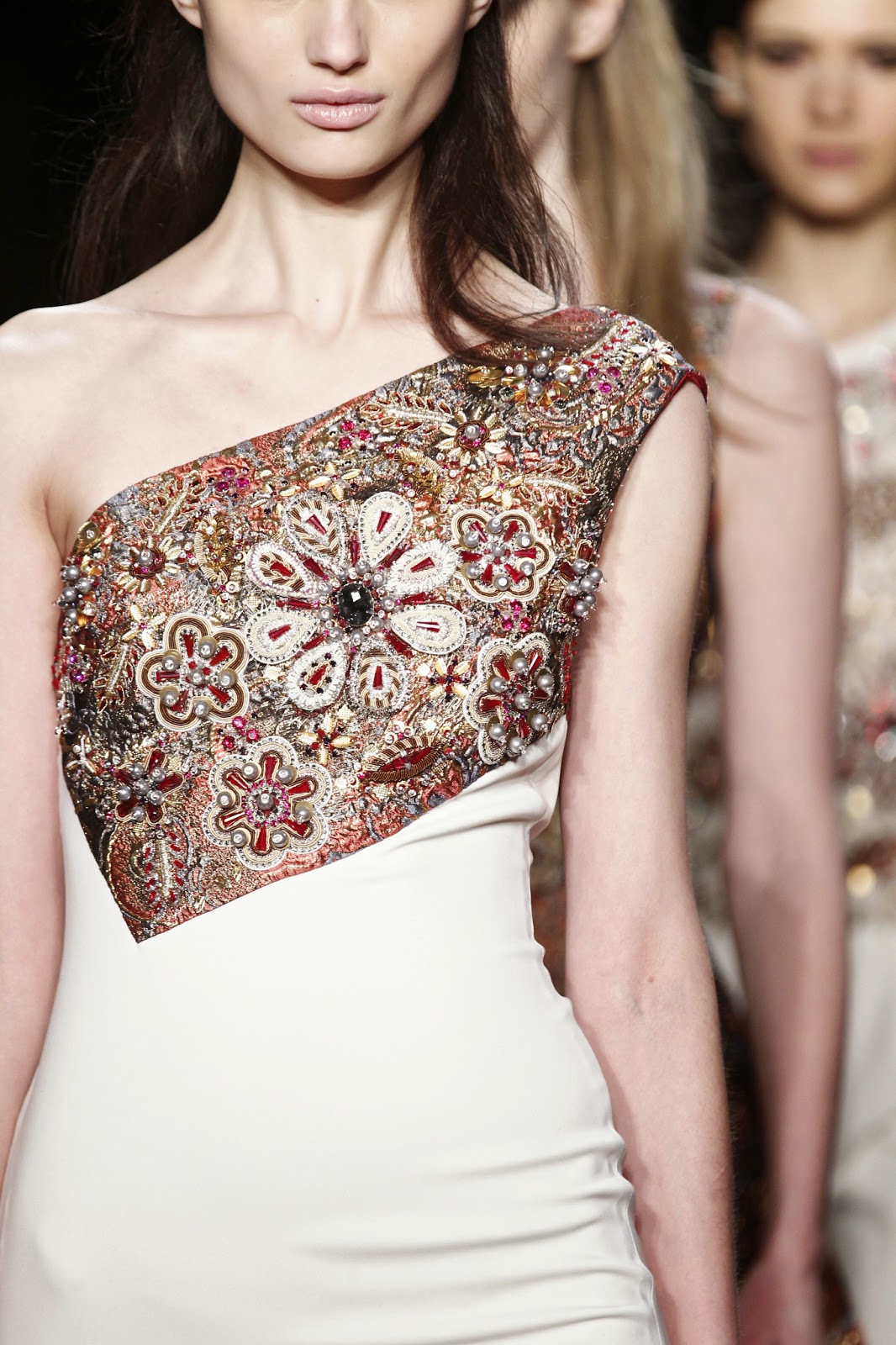 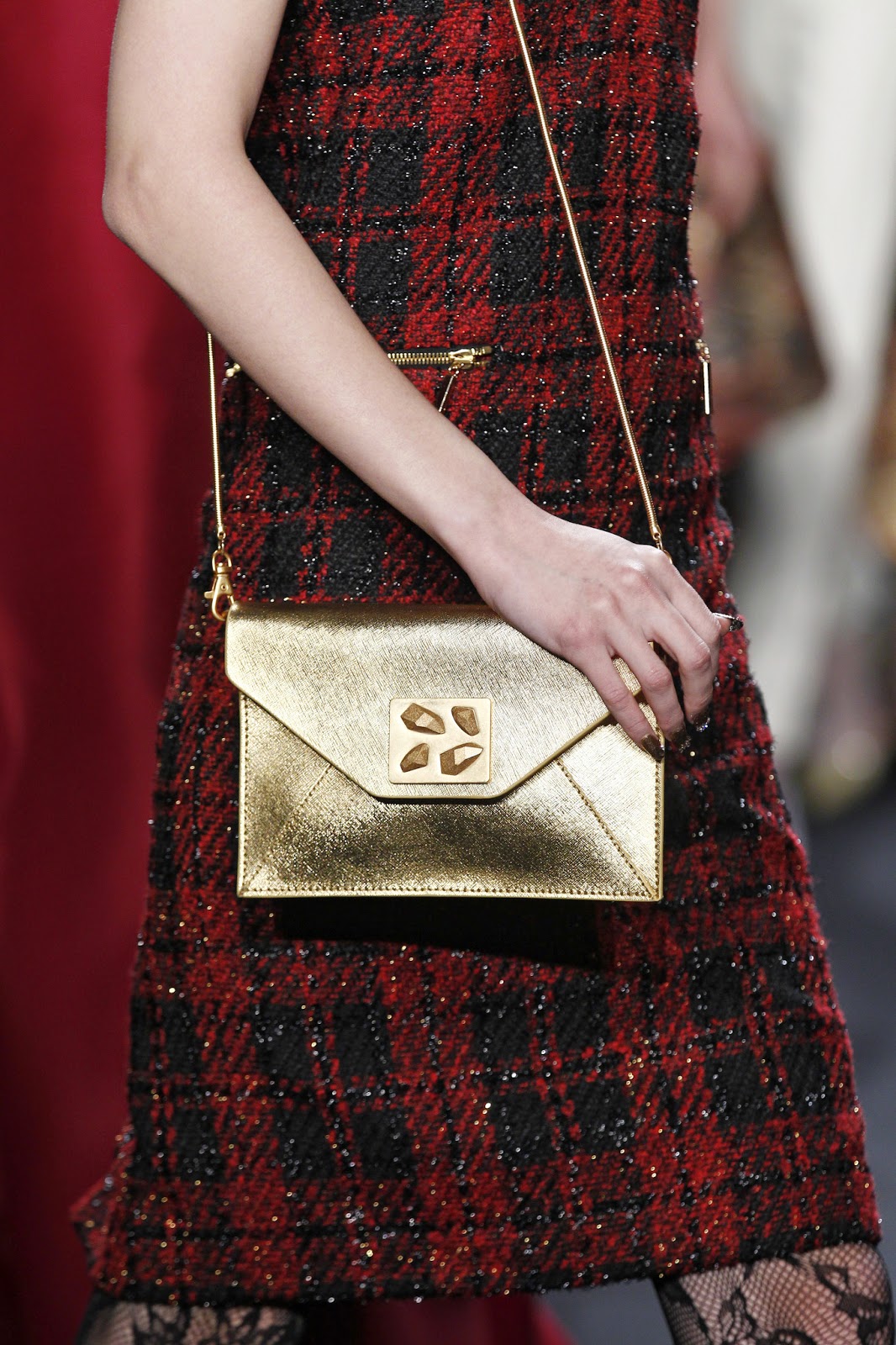 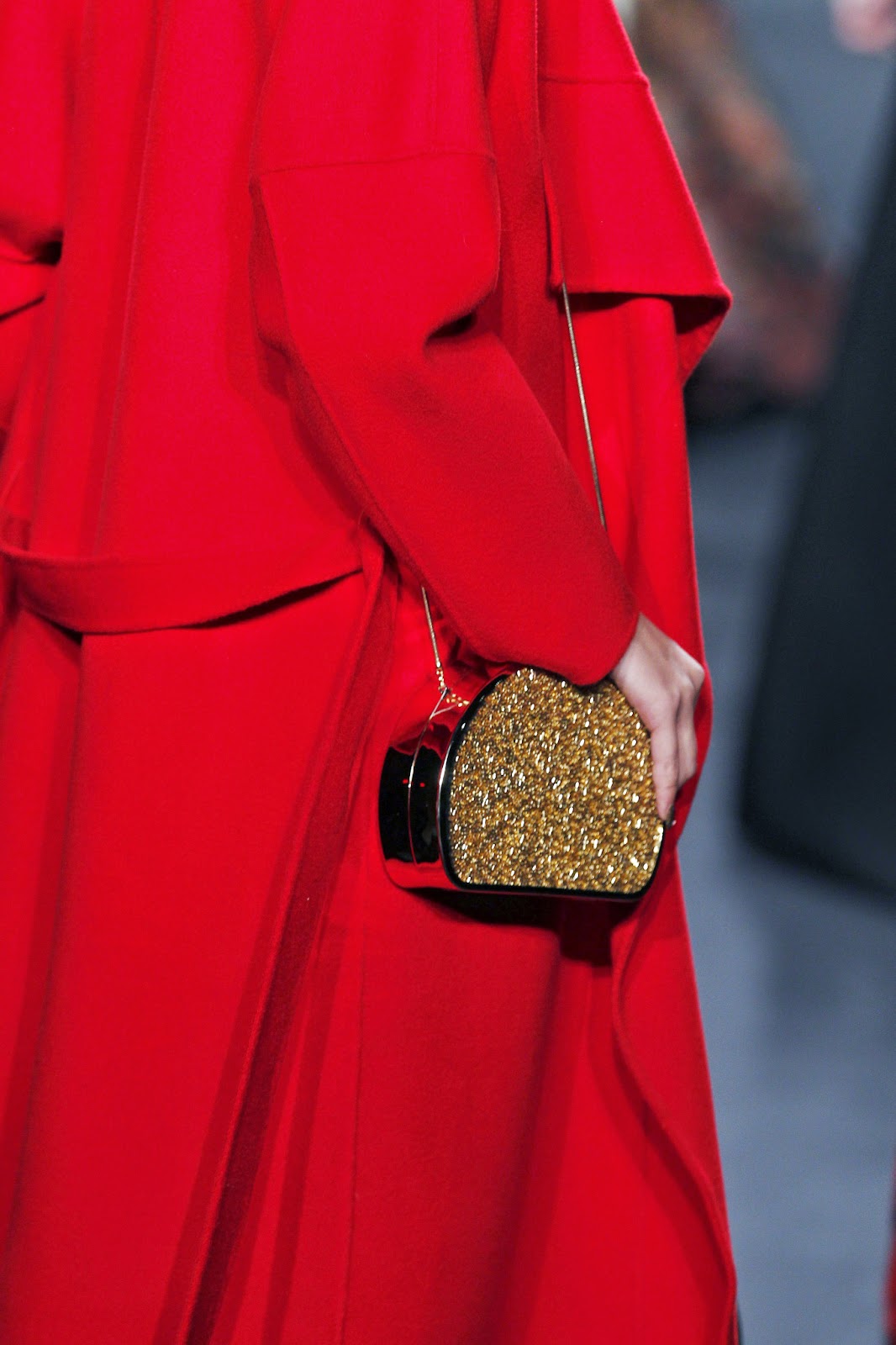 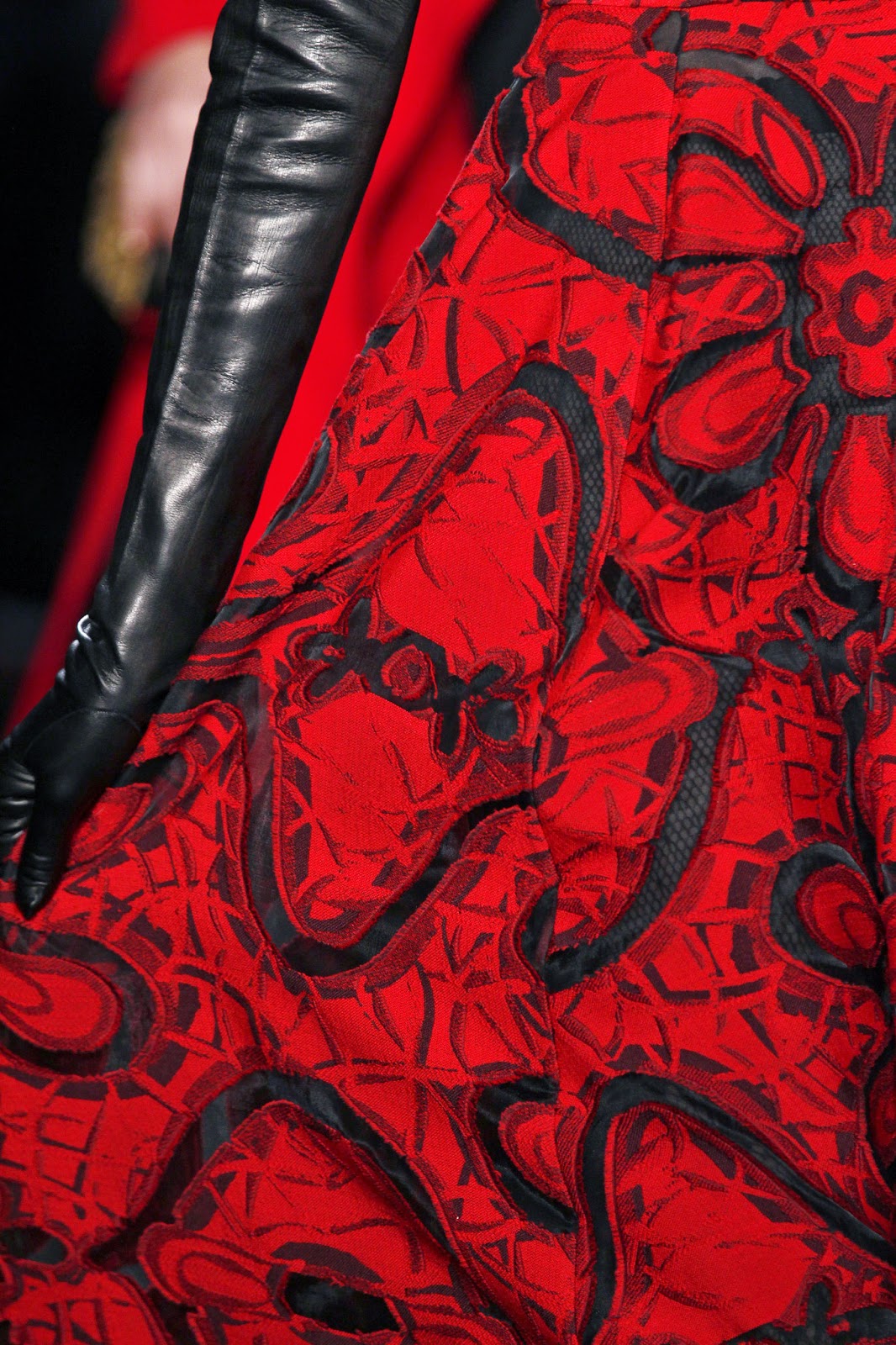 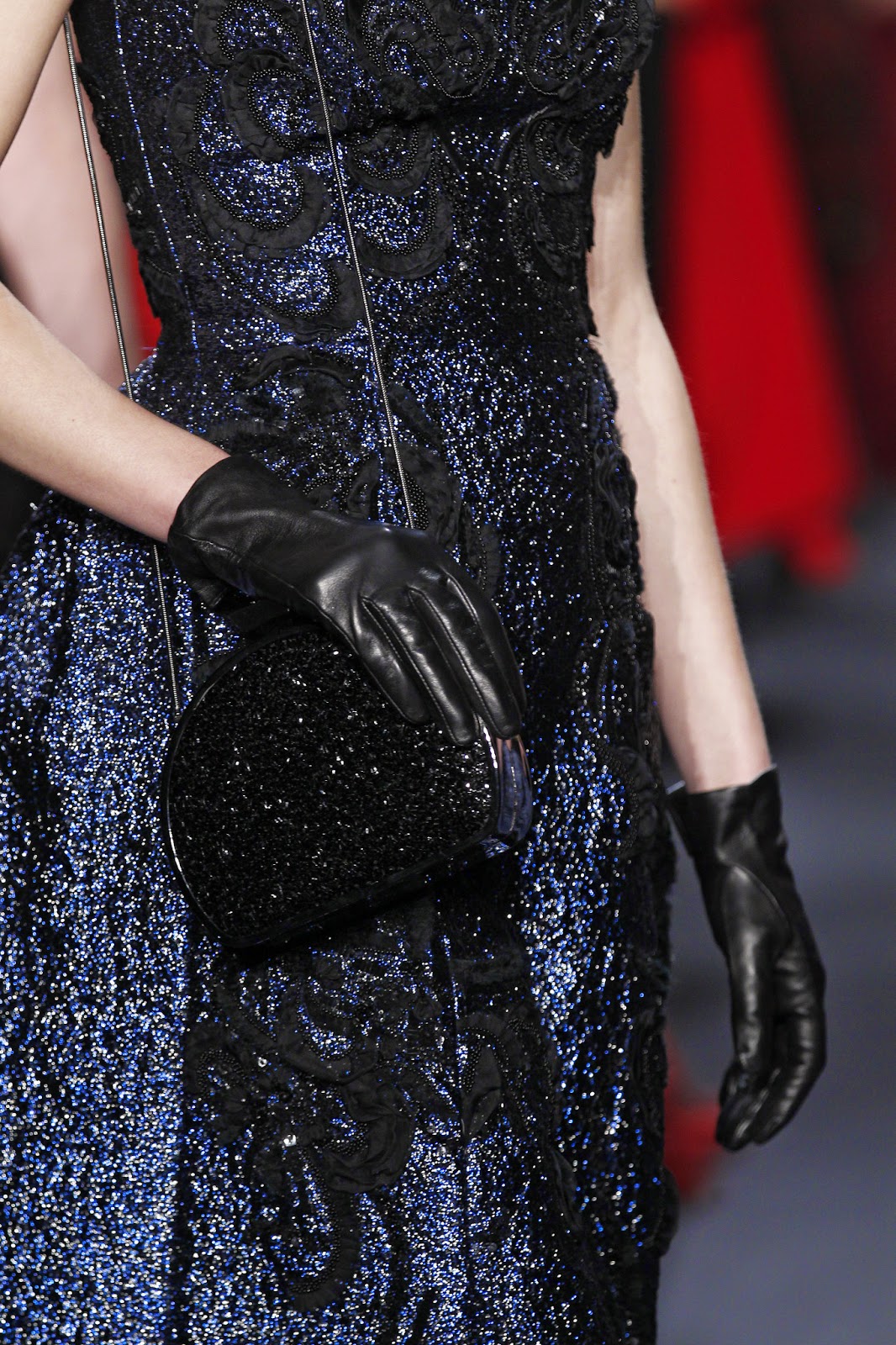 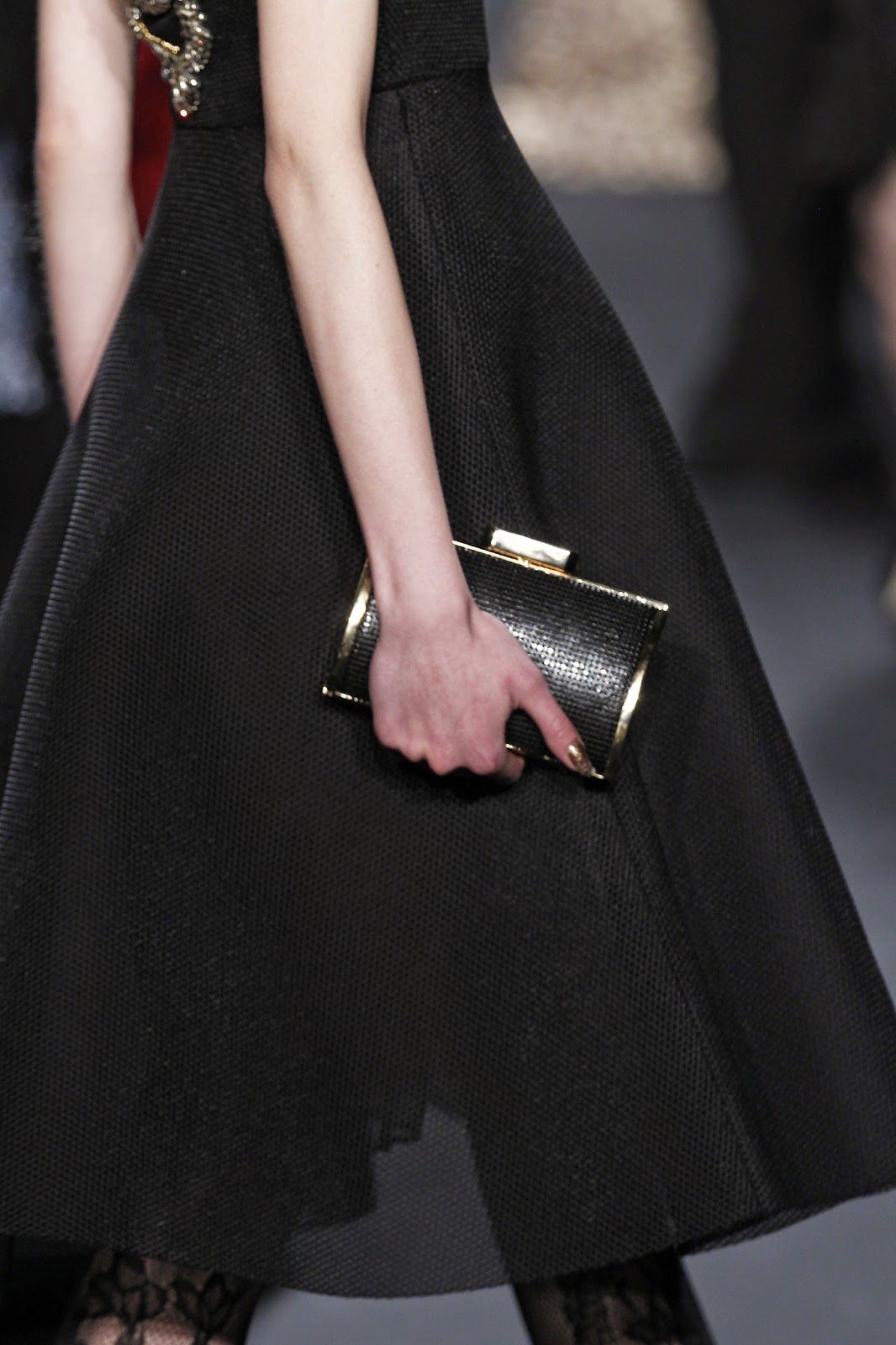 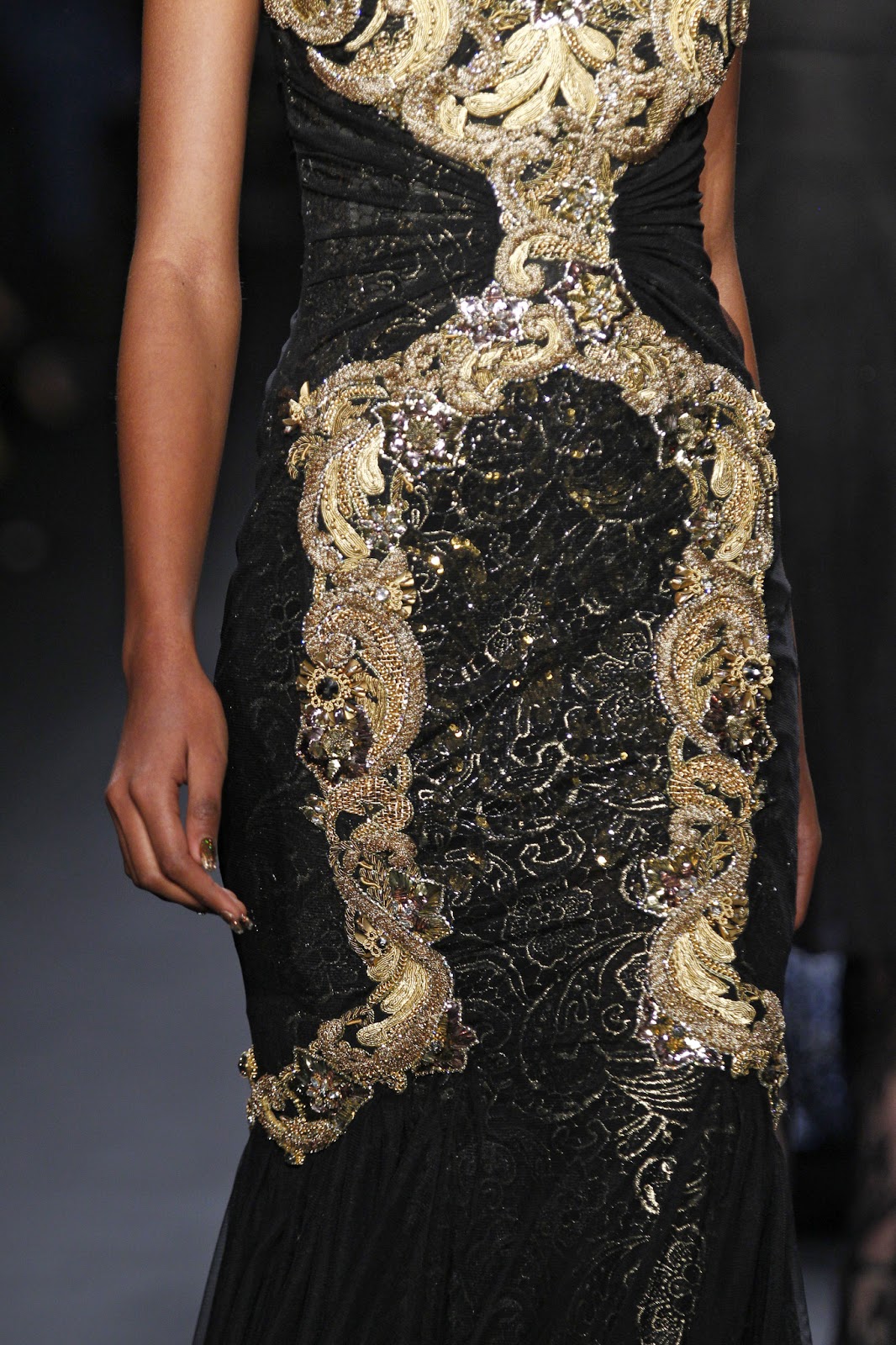 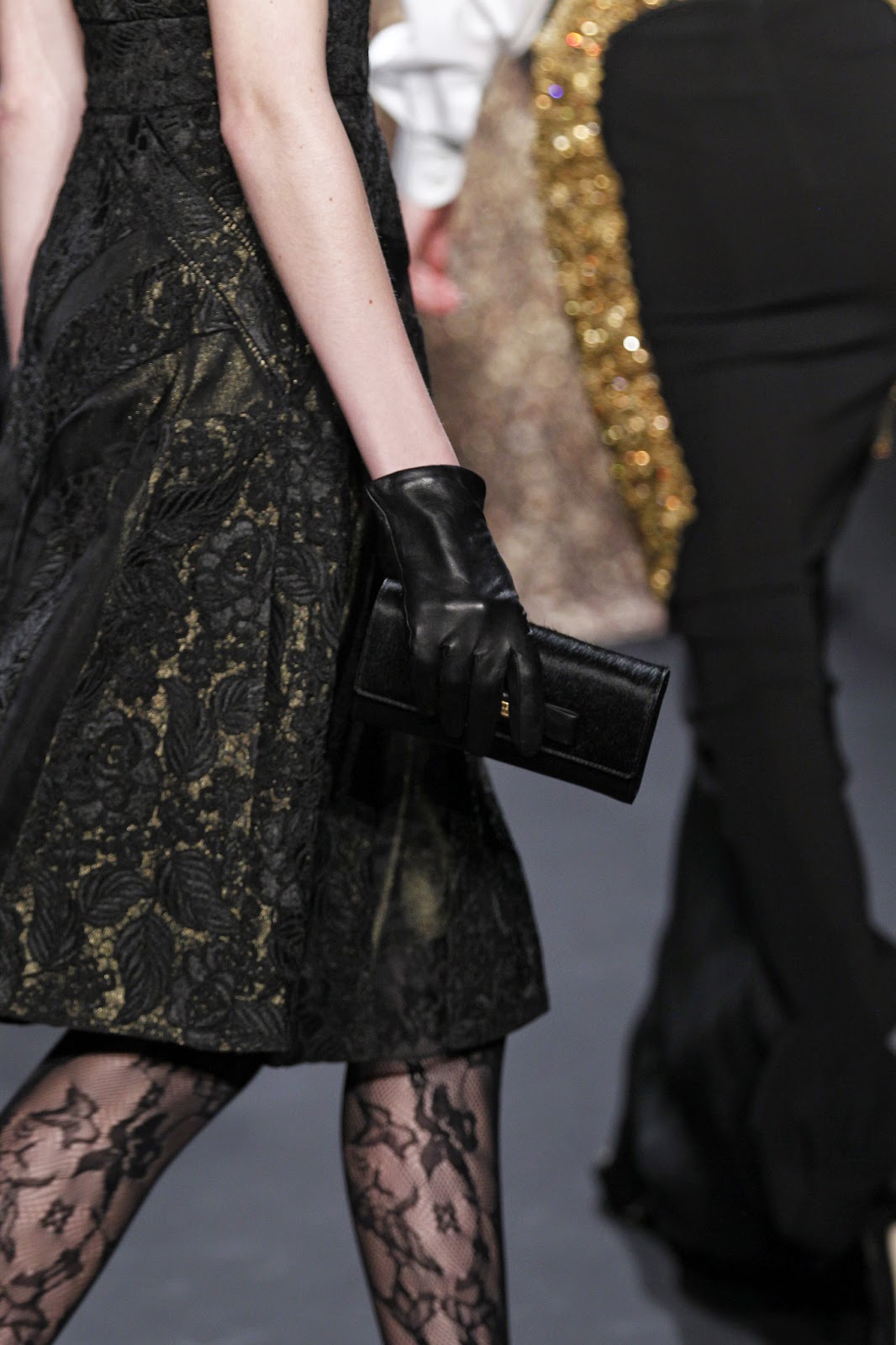 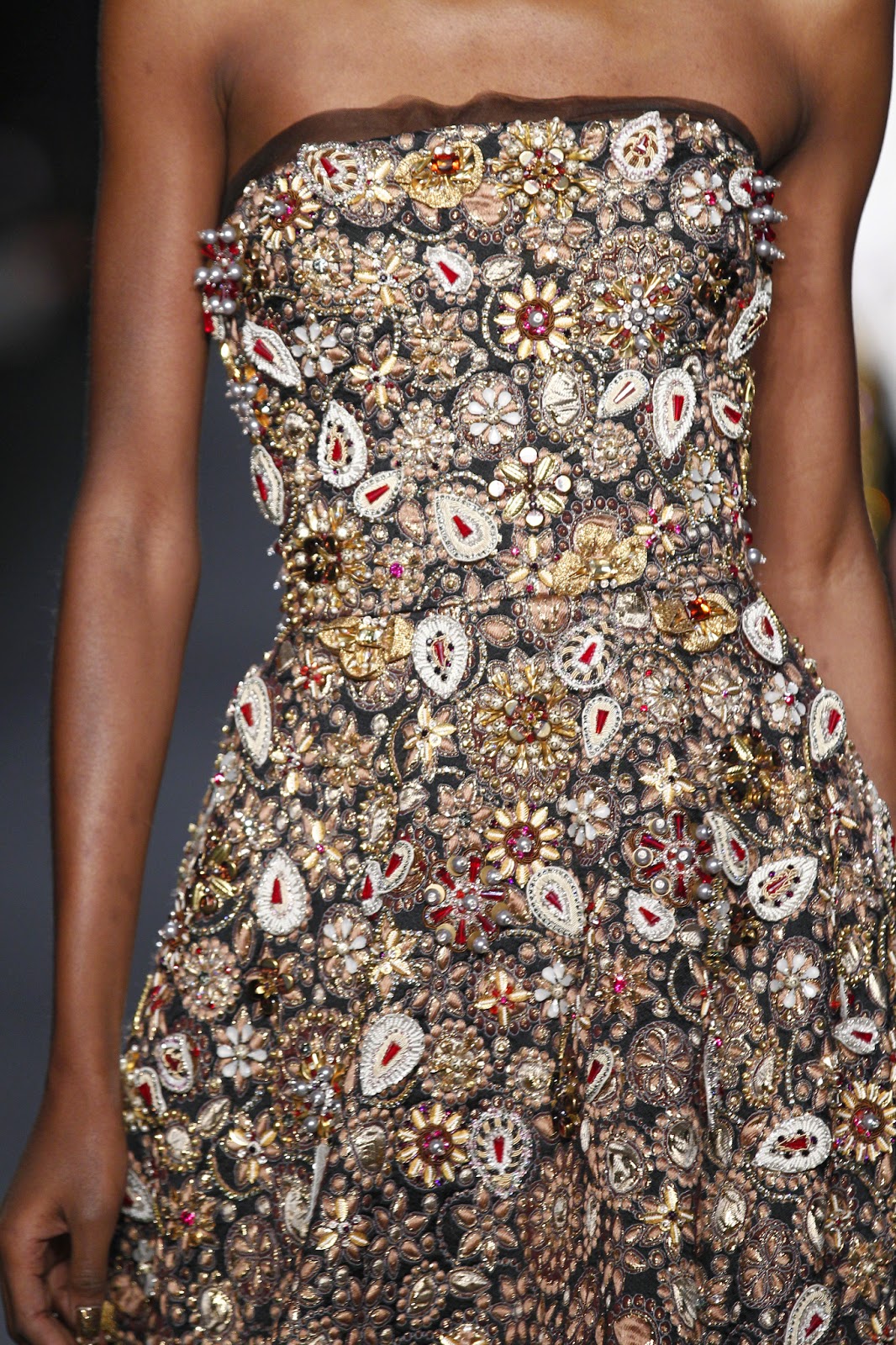 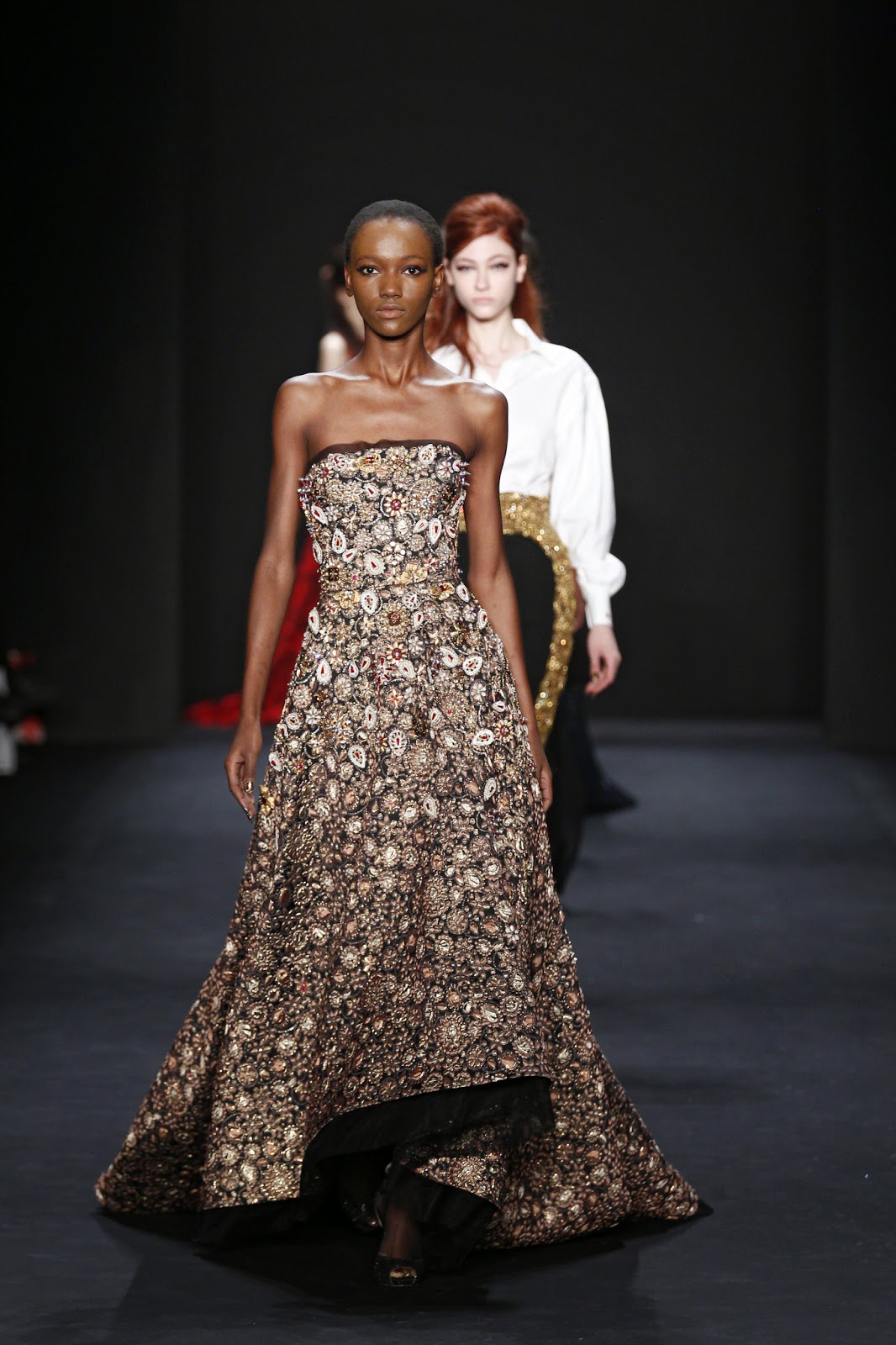 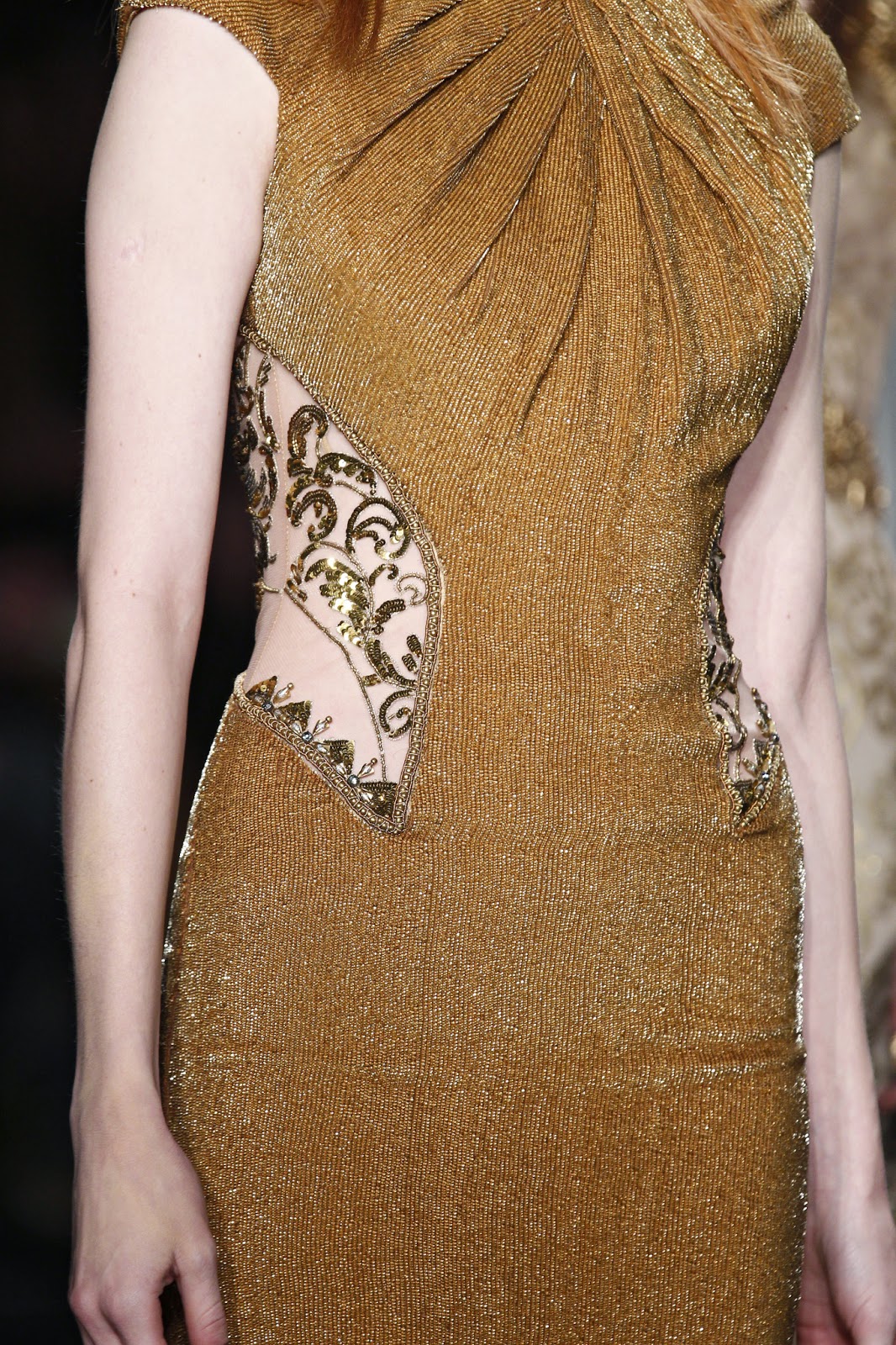