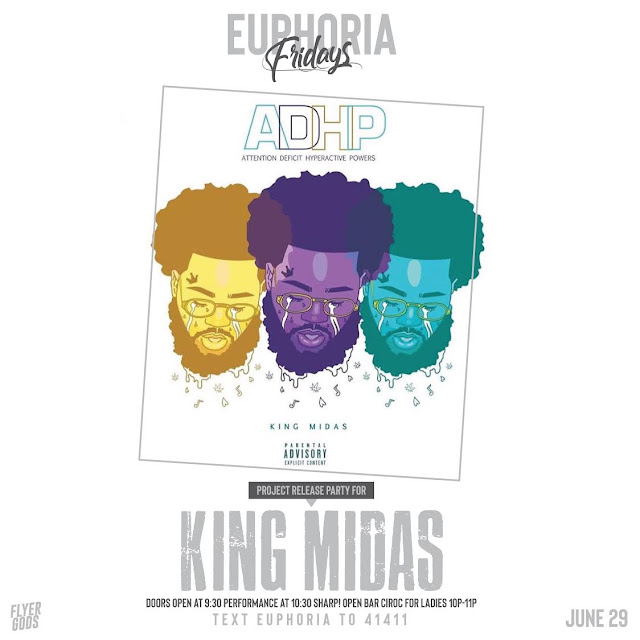 Cutting edge. Innovative. Original. Fresh. These are only a few words that describe singer/songwriter and producer, Justin "King Midas" Lay. Born in 1986 in the inner city of Baltimore, Maryland, earned his stage name, “King Midas” due to his original and creative influences, which are often times referred to as “the golden touch”, that is continuously displayed in every track. Currently, he plays a vital role as a music producer on Fox's hit shows, "Empire" and "Star".  Midas plays the piano, guitar, and drums. Just to name a few of the self taught instruments.

Prior, Midas was recognized for the hit record "Grindin on Me” by Caddy Da Don where he co- wrote, sung and produced. At an early age, his brother Joshua “Jay-O” Lay and his father Larry Lay influenced him. In 2005, King Midas and his brother, Jay-O, founded “Left Brain Productions”. Since then and throughout his professional music career, Midas has worked alongside an array of artists such as Lil Wayne, Bird Man, Jim Jones, Bobby Valentino, Romeo, Master P, CJ Hilton, David Quinones, Snoop Dogg, Sean Kingston as well as label mate, Tory Lanez.  A list that continues to grow.