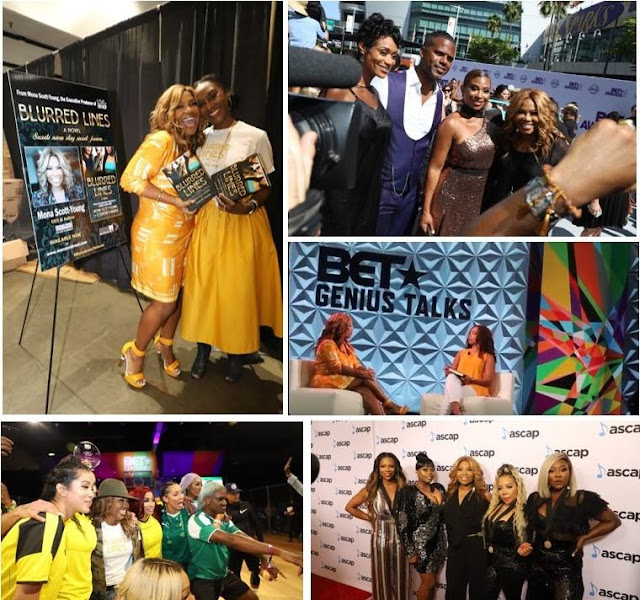 Mona Scott-Young, Executive Producer of the hit VH1 franchise Love & Hip Hop and CEO of Monami Entertainment, celebrated the release of her debut novel, Blurred Lines, and the launch of Monami Direct - a straight-to-consumer digital platform - with a nonstop series of events and appearances during the BET Experience in Los Angeles last month. From her "Genius Talk" with sports journalist Jemele Hill to the star-studded BET Awards red carpet, Scott-Young was literally everywhere promoting her new book, which was co-written by New York Times best-selling author and television producer Courtney Parker.
Check out a few photos from the festivities and be sure to catch Scott-Young this weekend in New Orleans at the Essence Festival on Friday, July 6, 2pm for her "Building and Branding the Mpire" conversation on the Convention Center Empowerment Stage followed by a book-signing.