Unicorn Braids Get The Look (Photos) 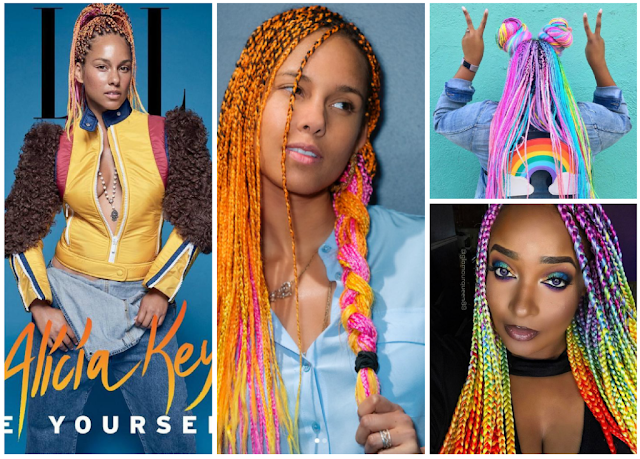 The mermaid, rainbow and unicorn  trends that feature exotic hues like aquamarine, purple, pink and orange when fused into the individual hair braid culture is exciting.
I first saw  in Unicorn Braids on her Twitter page a few years back when she covered Elle Brasil. Then I saw that it was a trend but only on bold and free-spirited women like artist Esther Helfer (Glamourqueenn89 and Amina Mucciolo(StudioMucci) 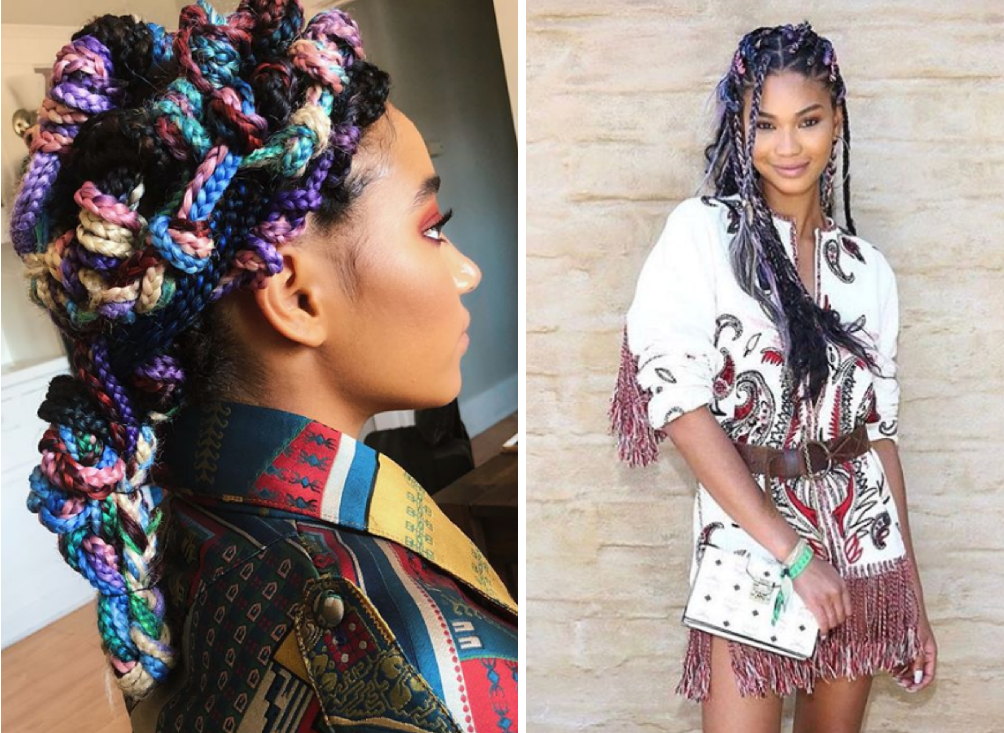 Around that time, a few A-listers like Amandla Stenberg and model Chanel Iman donned variations of the style, and it was a hit at Coachella. 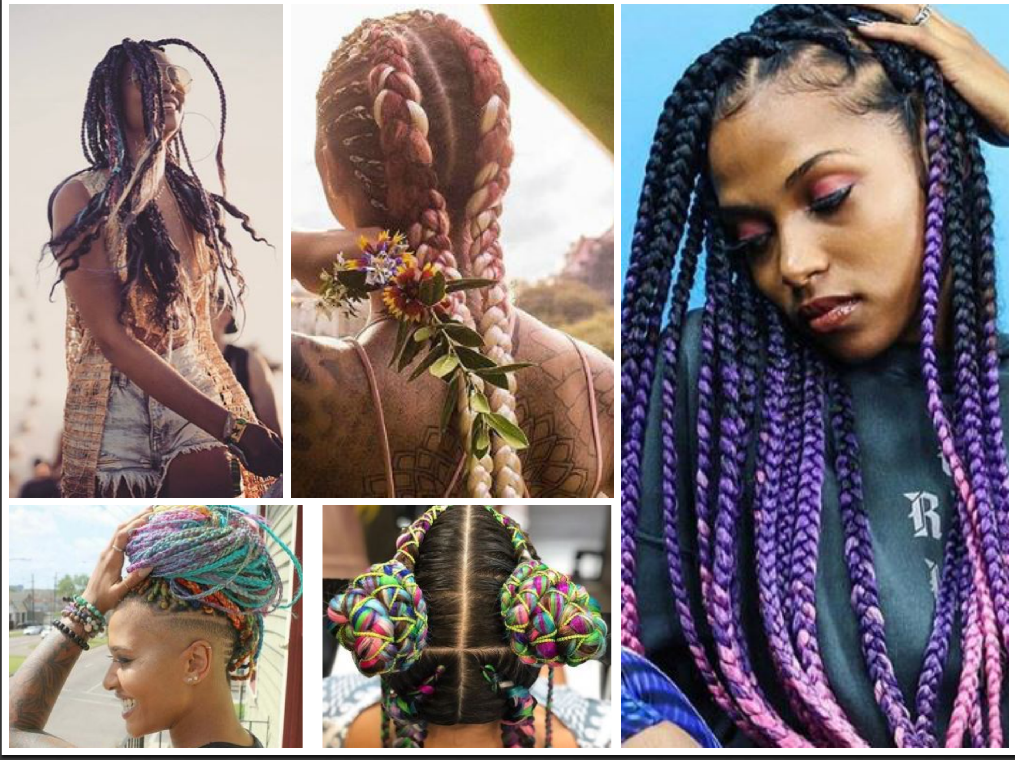 And if you have ever thought about trying this style but don’t want to go all Brave, you can ease into it subtly as in this models above, Un-ruly profiles!
IMAGES  VIA, VIA, VIA,  VIA

Though not as BIG as before, you can still spot the style on taste makers like Karly Loyce and Elle South Africa  artist Sho Madjozi , YouTuber Kersti Pitre and others on the Gram once in awhile!