OWN Announces Tyler Perry Drama 'If Loving You Is Wrong 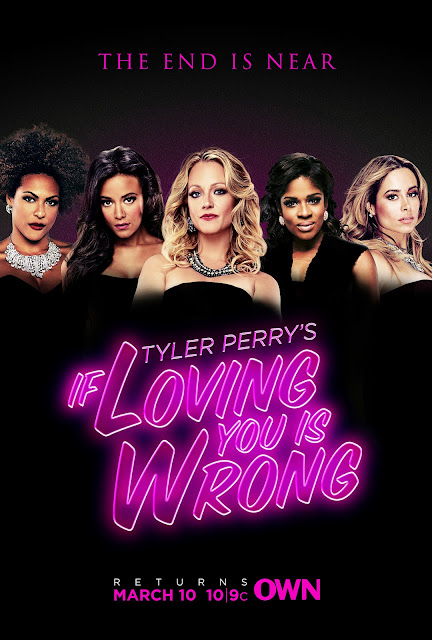 LOS ANGELES - OWN: Oprah Winfrey Network's popular drama "If Loving You Is Wrong" will premiere its fifth and final season on Tuesday, March 10 at 10:00 p.m. ET/PT. Tyler Perry's seductive series chronicles the lives of friends and frenemies that love and live in the same neighborhood.
The much-anticipated final season promises to be explosive and sexier than ever before while revealing some long-awaited answers to viewers' burning questions. Life-changing catastrophes will leave the town reeling and changed forever.
"We are grateful to Tyler Perry and the talented cast and crew for giving us five incredibly entertaining seasons," said Tina Perry, president OWN. "We can't wait for fans to see the jaw-dropping storylines that are going to unfold this season. It delivers all the juicy drama like only Tyler Perry can."
"If Loving You is Wrong" had its original series premiere on OWN in September 2014. The series stars April Parker-Jones, Amanda Clayton, Edwina Findley Dickerson, Zulay Henao, Heather Hemmens, Charles Malik Whitfield, Eltony Williams, Joel Rush and Aiden Turner. It is produced for OWN by Tyler Perry Studios and created, written and executive produced by Tyler Perry.

Click here for a sneak peek at the final season

Email Post
Labels: If Loving you is wrong OWN Tyler Perry